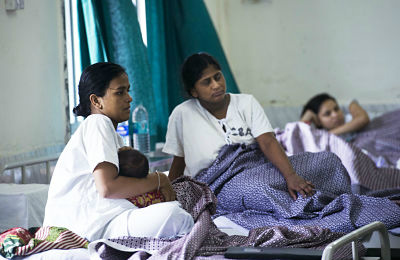 In a 2015 report, the World Health Organization stated that common non-communicable diseases in India are the overwhelming leading cause of death across all classes and regions. At this time, one in four Indians risk death due to an NCD before the age of 70.

India has undergone rapid development and growth in the last three decades. In 2015 its GDP growth was 7.6 percent, making India the fastest major growing economy in the world. Furthermore, India is set to overcome China as the most populous state as early as 2022.

Heart disease, diabetes and cancer are among the leading causes of death in India today. Factors that contribute to the rise in these diseases include poor diet, pollution, tobacco use and alcohol use.

In light of the health issues emerging powers such as India and China face, the health community has established that the links between health and development go both ways. Improved health notoriously encourages development in countries just as poor health hinders development; a population’s health directly correlates to its productivity.

Fortunately, India is tackling NCDs as fervently as it tackled communicable diseases decades ago. General Electric India, for example, is making significant progress in developing cheap and effective diagnostic devices to battle the heart disease epidemic.