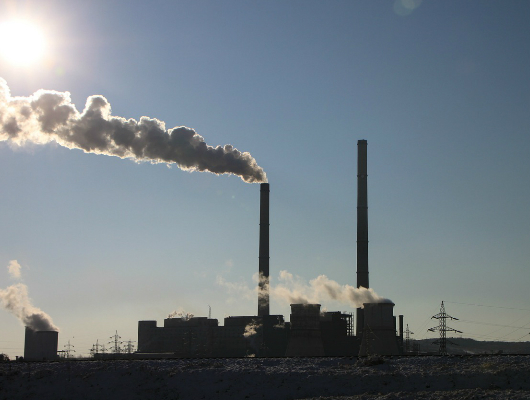 The city of Lagos is working to reduce the levels of greenhouse gases emitted from their landfills using a state-of-the-art composting facility. This facility is dramatically reducing the volume of waste ending up in landfills by 10-20 percent.

It is Nigeria’s first composting project to be registered as a Clean Development Mechanism (CDM) project under the United Nations Framework Convention on Climate Change (UNFCCC), earning the nation carbon credits that can be cashed with the World Bank.

As a financial instrument representing a tonne of CO2 (carbon dioxide) or CO2e (carbon dioxide equivalent gases) removed or reduced from the atmosphere, the greener a nation’s industries are, the more financial carbon credits the nation will amount.

Since Nigeria’s industrial and commercial centers are home to more than 17 million, Lagos City’s population is expected to grow steadily to more than 21 million by the end of 2015, bringing an increased amount of unsorted waste.

Unfortunately, the city already has a problem with its landfill management practices, including poorly regulated methane emissions.

Still in the phase of its first verification, the project is expected to have approximately 30,000 carbon credits issued by the end of 2015. But that’s just the tip of the iceberg for the project. While operating at maximum capacity, the compost facility can process 1,500 metric tons of mainly organic waste per day. It has been projected that over the course of the next 10 years, greenhouse gas emissions will be cut by 253,800 metric tons of carbon dioxide per year as a result.

That translates to a lot of money through carbon credits for the Nigerian government to work on other sustainable development throughout the nation, benefiting all levels of society. But the monetary benefits of the carbon credits project are intended to stretch beyond the government, and trickle down in particular to the industrial and agricultural working classes.

In the industrial sector, the project is anticipated to create approximately 90 jobs at landfills throughout the city. In the agricultural sector, the byproduct of composting organic waste in landfills is extremely nutrient-rich soil. This soil is cheaper and more environmentally sound than the chemical fertilizer alternative that Nigerian farmers currently have available to them.

This increase in organic farming has been proven to improve soil quality and crop yields, increasing the productivity and profitability of farming throughout the region. As harvests improve and stabilize, there is a strengthening of national food security and increase in the region’s sustainable development.