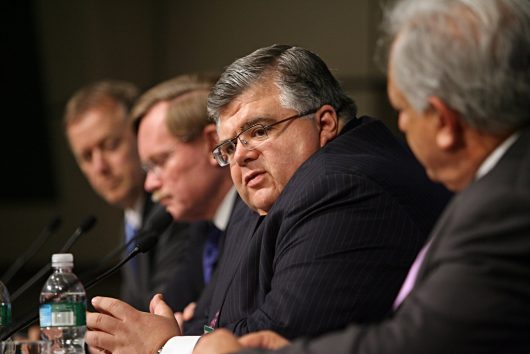 As more nations climb out of extreme poverty, the capacity in which foreign aid is needed evolves.

Experts stated in the Multilateral Development Banking for This Century’s Development Challenges report that “almost all developing countries now rely primarily on domestic resources to manage public investment.” This evolution renders the foundation of World Bank funding, which has historically relied on capital market failure, incongruous with the reality of global development.

Another issue is that major donor countries have most heavily funded health and education initiatives in the recent past. CGD scholars suggest that countries such as the U.S. redirect foreign aid funds to the development of strategic partnerships with recipient nations.

Such redirection is predicated on a donor country’s willingness to overhaul foreign aid policy.

Perhaps more complicated is the fact that the U.S., once a World Bank powerhouse, is now waning in its contributions to the International Development Association (IDA). This indicates that heavy foreign aid revision in the World Bank’s favor is unlikely. Still, the nation continues to play a monumental role in deciding where IDA funds are spent.

According to Scott Morris and Madeleine Gleave of the CGD, the U.S. is often defensive in its appropriation of aid funds. This strategy has global implications. Policymakers in the U.S. have a history of swaying World Bank investment, avoiding nations like Zimbabwe and Iran for its own interests.

As Morris said in his recent report, “Historically, the United States (and often the U.S. Congress) has exerted its will on issues like these by using the threat of withholding its IDA contributions in any given year.” Three years ago, IDA pledges from donor nations accounted for two-thirds of all World Bank resources. Today, it is estimated that they make up less than half. Threats to withhold become obsolete as such pledges hold less weight.

For that reason, a new World Bank funding structure that deemphasizes public-sector donation in favor of affordable lending and private-sector investment is significant. This new methodology took center stage at the World Bank’s most recent replenishment conference.

Reinvigorated partnerships with the International Finance Corporation (IFC), the Multilateral Investment Guarantee Agency (MIGA) and Multilateral Development Banks (MDBs) are key. Such partnerships would allow the World Bank to leverage IDA funds more holistically. The goal is to lend money to more worthwhile causes in a way that’s free from donor country allegiances.

The next step is to incentivize private investors to contribute to infrastructure ventures, which focus on areas like climate and energy. CGD scholars suggest using MDB resources to decrease risk by bridging gaps between sovereigns and investors. Bridging those gaps could get subsidies and grants to developing nations in a system that does not force borrowers to bear full costs.

Many of these recommendations played into the replenishment, which resulted in some of the most dramatic financial reforms in World Bank history. By combining existing resources with donor funds and the capital debt market, the World Bank hopes to respond to developmental needs with greater agility.

One side effect of this new World Bank funding structure is, as Morris points out, a decrease in influence from countries like the U.S. and U.K. that have dictated spending in the past.

While greater multilateral investment from the world’s wealthiest countries would be ideal, this plan addresses the new reality of global development. The unprecedented move could be just what the developing world needs in a time of transition.