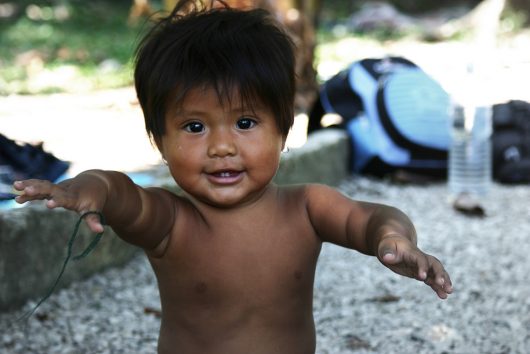 Although parents in Mexico generally are aware of the long-term benefits of education, they sometimes pull their children out of school and send them to work. This is indicative of the vicious intergenerational cycle of poverty that afflicts many Mexican families.

The goal of the Oportunidades Program — Mexico’s primary anti-poverty program — is to put an end to this cycle by improving the health and education of the children. It represents 46.5% of the country’s federal annual anti-poverty budget and has so far benefitted 6 million people since its beginning in 1997.

The program conditionally supplements the families’ incomes and provides monetary educational grants so that parents can afford to send their children to school. Families are chosen by socio-economic evaluation and payments are given to the female head of the family.

The chief components of the program are as follows:

Up to a third of the decrease in poverty in rural areas can be attributed to the Oportunidades Program, according to a 2014 world bank report. The International Food Policy Research Institute (IFPRI) also evaluated the program’s effectiveness and found that after three years, children in rural areas have increased their school enrollment, have improved diets and have received better medical attention.

Recently the Oportunidades Program, now called Prospera, has spread to urban areas and extended high school education grants. The program has also been successfully replicated in 52 countries in Latin America, Asia and Africa.

Oportunidades’ resounding success proves that conditional cash transfer programs, even on a large scale, do in fact reduce poverty and prepare the country for long-term economic growth. This investment in human capital — primarily the children’s well-being and education — is an exemplary way to not only reduce poverty but eliminate it.

New World Bank Funding: Implications for U.S. InfluenceNew Insurgency in Myanmar: Examining What Is an Insurgency
Scroll to top