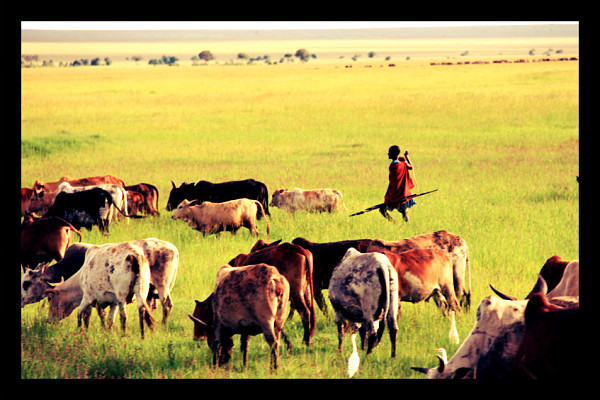 A research group in Belgium is developing a new type of vaccine against bovine malignant catarrh fever (BMCF). BMCF is a virus that kills thousands of cattle across the world and specifically has been a major problem for cattle herders in East Africa. In East Africa wildebeest carry the virus and spread the infection to cattle. The disease is often fatal and can infect up to 40% of a heard in any sporadic outbreak. The Maasai people of East Africa, who herd large numbers of cattle, have been hit hard by this disease, losing seven to ten percent of their cattle to BMCF every year.

No vaccines have been found so far, however, researchers at the Faculty of Veterinary Medicine’s Immunology Vaccinology lab at the University of Liege, claim they have altered the BMCF virus so that it does not develop after infection. The original virus causes an uncontrollable division of white blood cells, much like cancer. In the genetically engineered virus, the researchers have managed to stop the production of the protein that leads to this uncontrollable division. Researchers exposed the new virus to rabbits who did not show signs of BMCF and were protected against any other strains of the BMCF virus they came in contact with. Research leader Benjamin Dewals claims, “…we have generated a virus that does not induce BMCF, does not persist in the infected host and protects against a subsequent infection with a virulent virus.”

This study shows promise for the future eradication the BMCF disease, however Dewals recognizes it may take 5 to 10 years to develop a vaccine for cattle specifically. George Russell, a specialist in cattle infections, states, “…such a vaccine will need to be demonstrated in cattle and the protection conferred will need to be evaluated in terms of dosage and duration of protection…” Despite the challenges that lie ahead, this discovery represents a big step forward in the effort to ultimately find a cure for this disease.

Nationalism and Genocide: The Bosnian War3 Ways the G8 is Fighting Superbugs
Scroll to top