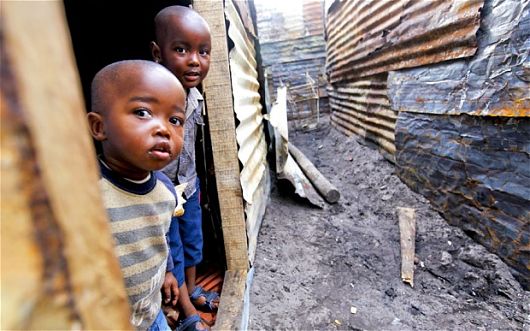 The Global Multidimensional Poverty Index released by Oxford examined 101 countries and 5.2 billion people. It went beyond the typical measures of poverty to get the more complete picture.

Traditionally, many organizations use income-based measures to determine the extent of global poverty. The World Bank, for instance, uses a threshold of $1.25 per day.

The researchers at OPHI use a more comprehensive metric that looks at health, education and living standards to determine not only the extent of global poverty but also where the poor tend to live.

That has produced a few interesting results. The World Bank estimates just over one billion people live on less than $1.25 a day, placing them under the threshold of global poverty. However, using the multidimensional poverty measure, over 1.6 billion would be considered poor.

In several countries, including Egypt, Sudan, Niger and Pakistan, there are more than twice as many poor people as would be reported using the $1.25-a-day threshold.

Most of the world’s poor live in South Asia (54 percent) and sub-Saharan Africa (31 percent), according to the report.

The Global Multidimensional Poverty Index looks at a wide variety of development issues, including nutrition, child mortality, years spent in school, sanitation and water. It is a sobering view of global poverty that shows that life can still be difficult for those earning more than $1.25 a day.

In a press release, OPHI director Sabina Alkire said, “This analysis highlights how MPI and monetary poverty measures can complement each other to ensure no one is overlooked.”

The report should provide better insight into the extent of global poverty to allow development agencies to more specifically target those in need.