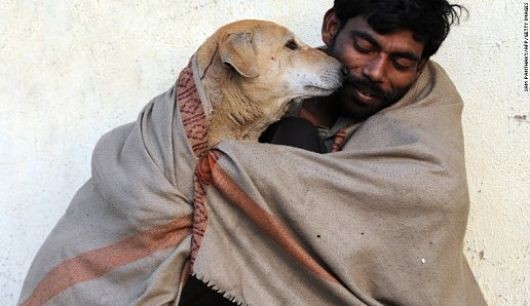 While the nation of India has found its own new lease on life as it begins to become heavily industrialized, the furry members of its society are facing some new challenges.

For decades India has struggled with the issue of stray animals, and while cows and elephants are considered holy and treated with respect, the dogs and cats of India are facing a much harder time in their attempts to stay alive.

According to the World Health Organization, there are around 18,000 reported cases of rabies every year in India. In order to remedy this, India’s government had called for the euthanization of India’s stray dogs; however, after much discussion, the Animal Welfare Board of India (AWBI) has asked many states to hold off on this action and attempted to vaccinate the stray animals against several diseases. Essentially, the AWBI believes that such actions taken against these animals is inhumane, as there is no clear distinguishing factor that determines whether an animal should be put down or vaccinated.

When walking the streets of India, it is very common to see dogs and cats roaming around, but travelers are advised not to pet them or interact with them, as they often find food in waste piles and are thus highly prone to disease and infection. However, many residents have been taking care of these animals for years; these animals are thought to have migrated over along with the original inhabitants of the land, thus creating a very blurry line as to which animals are stray and which have been domesticated. The issue with the current laws is that there is no defining point at which an animal becomes a family member and at which point it is still a stray. Many animal rights groups working alongside citizens have been fighting for this distinction to be made.

For now, the AWBI is advising the government to hold off on any euthanization or vaccination tactics that may be used to reduce the stray animal population. Some experts have proposed the idea of neutering definitively stray dogs and cats, so as to reduce the population. Many experts have made it clear that the key to reducing this issue is to better understand the animals themselves and their behavior. Most healthy animals will not bite or scratch a human unless they feel threatened, so a better understanding of animal behavior will allow citizens to express proper caution when dealing with them.

While the government of India remains at a standstill, citizens and animal rights groups have begun to press for better adoption systems and more definitive lines as to an animals ownership. Euthanization of these animals is effectively going against the Indian Supreme Court ruling against the killing of animals, and harm and cruelty toward animals. Many petitions and protests have been held against this action, but no decision has been reached. There is still a long road ahead for these furry friends, but it looks like there may be a light at the end of this very long tunnel.