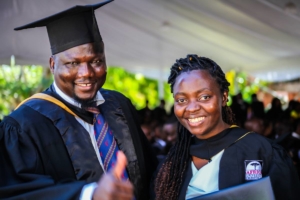 Africa’s unemployed population is made up mostly of young people. African youth account for 60 percent of the continent’s unemployed. Many of these young people are viable job candidates with college degrees; however, they are often forced to accept work doing menial tasks outside of their area of studies, such as physical labor or hotel maintenance. Development Channel is aiding in job creation in Africa

In the last 25 years, unemployment for young people has increased by 80 percent, further contributing to the economic and social divisions these countries already feel. Of those who are employed, many still belong to Africa’s large population of working poor. In an effort to make themselves more marketable to the job markets in Western nations, many African youths are pursuing an education in Information Technology.

Degrees in IT are viewed as sustainable and respectable by young people. Because of this, IT has become one of the most popular avenues of study by African university students. This creates huge potential for new job creation in Africa in the IT sector as a solution to some of these continent’s youth unemployment disparities.

The position, “Mother App Trainer,” will focus on teaching others how to access the myriad platforms for aid that Development Channel offers. The position offers room for a continual increase in a salary based on performance as well as healthcare coverage and discounts on items sold by their food stores. The job is even more appealing as it can be performed from one’s home, with all training done online and over the phone.

More Than Just a Job

For example, Development Channel believes malnourishment and a lack of access to viable food sources greatly contribute to the poverty cycle. This is why the platform has a chain of “corner stores” called SISCHI that offer easily accessible, affordable food. Another of its companies, Flow, makes it easier for people to access lines of credit in locations where citizens formerly had no basic bank accounts at all.

Not only is Development Channel initiating new job creation in Africa for the largely untapped market of educated African youth but the companies housed under Development Channel are aiding in creating a better quality of life for people in developing nations.