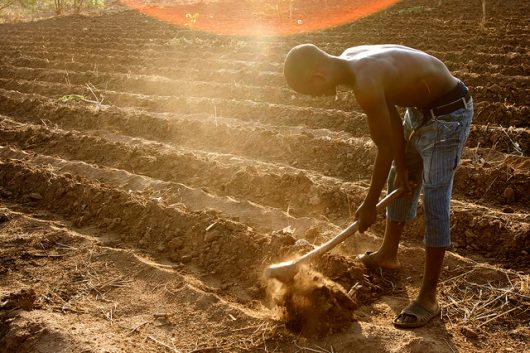 As climate change threatens to alter weather patterns around the world, farmers face the challenges of increased frequency and intensity of droughts. Reliant on rainwater for crop production, these communities often struggle to produce food levels sufficient for even a subsistence farming lifestyle. However, drought-resistant crops may be the solution to negating the effects of these issues and ushering in the new green revolution in Africa.

In 2006, the DTMA (Drought Tolerant Maize for Africa) Initiative was launched with the aim of increasing crop output and negating the effects of drought in several countries across sub-Saharan Africa. The project has brought together all types of communities, from local agricultural groups and seed producers to research institutions and NGOs.

Of course, this ultimately raises the most the most important question of all: has the new green revolution in Africa succeeded?

“Green Revolution” is a term defined as the increased production of crop yields through the use of improved technological application, the use of pesticides and better management. There are a few areas where this definition applies more to the successes of the DTMA Initiative. In 2015, the drought-resistant maize improved crop output in 13 countries, including Uganda, Ethiopia, Kenya, Malawi and others. The International Maize and Wheat Improvement Center (CIMMYT) has reported that hybrid seeds will benefit an estimated 2.5 million people in the region.

“I was truly amazed. I harvested 110 kilograms of maize from the tiny demonstration plot,” 61-year-old farmer Jotham Apamo, whose farm previously yielded a mere 10 kilograms, told WIPO Magazine. “[Before] there was hardly any gain for me. I was pushed into debt. I couldn’t feed my family or pay for my children’s school fees.”

In the meantime, Kenyan scientists at the Jomo Kenyatta University of Agriculture and Technology (JKUAT) have been studying and perfecting the creation and application of this crop (as well as studying disease-resisting properties) since 2013. Researchers have stated that the hybrid seed responsible for Africa’s next green revolution will be available later this year.

Improving the Education System in Ghana Human Rights in Belize: How Police Brutality is Being Resolved
Scroll to top