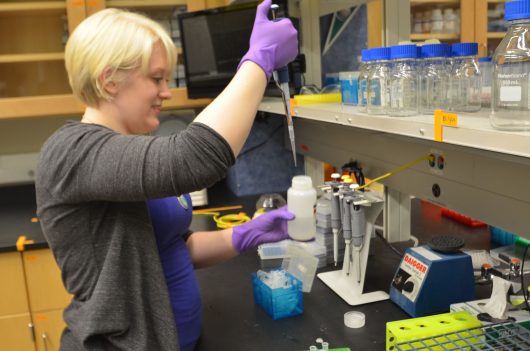 Nearly half of the world’s population is currently at risk of contracting malaria. In particular, Africa bears most of the burden of this prevalent disease, with 90 percent of malaria cases and 92 percent of deaths from malaria occurring there. Developing and implementing an effective malaria vaccine continues to be one of the world’s top public health priorities.

MalariaX, a new online global health course, may be an important step toward inspiring scientists to study malaria and equipping them to combat it effectively in today’s environment. Hosted by Harvard University, Barcelona Institute for Global Health and the Swiss Tropical & Public Health Institute, this course aims to provide an all-encompassing education in several topics crucial to the elimination of malaria. The core curriculum includes the biology of malaria, the specifics of disease transmission, new methods for elimination and, most importantly, offers instruction on the use of real-world data and analytical strategies to implement prevention programs

Unlike other courses before it, MalariaX emphasizes training a new generation of researchers to have the knowledge and skills to approach malaria eradication from varying perspectives. Furthering our understanding of the intricate connections between the social, political, historical and economic context of malaria transmission continues to be as important as exploring the biological aspects of the disease itself.

Implementing efficacious vaccine programs requires a deep knowledge of a country’s health systems and the way that the population will react to certain public health techniques. There is no “one size fits all” method in public health. Thus, strategies to eradicate a disease must vary between countries, and sometimes even between regions of a country if necessary. The new generation of researchers will need to focus on the various scientific and social underpinnings of malaria if they wish to truly suppress and eliminate it.

One of the most important trends in global health has been the rise of evidence-based interventions, which are a prominent portion of MalariaX’s curriculum. Researchers in the 21st century have unparalleled access to various technologies that allow them to gather data from the countries affected by malaria.
Equipped with the appropriate information, malaria-eradication efforts become more fine-tuned and are more likely to succeed as they have been developed and implemented based on real-world data. In the past, applying many of the theories and plans proved to be ineffective due to a lack of valid information.

Malaria is preventable and curable, and global efforts to combat the disease have already been incredibly successful. Although there have been reductions in the mortality rate for all groups by 29 percent, as well as for children under five by 35 percent, there is still much work to be done. With its innovative, easy-to-access curriculum, MalariaX could prove to be a difference maker in providing a new generation of researchers with the skills to conquer malaria.