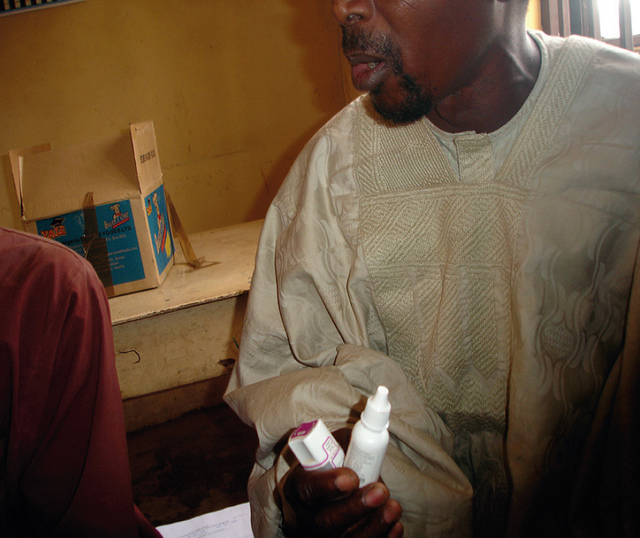 The global counterfeit medicine market is enormous, making up an estimated 10 percent of medicines sold globally. It is especially prominent in developing nations, in which up to 30 percent of all medications are found to be counterfeit or substandard. In Africa, this means that 120,000 people per year die from counterfeit anti-malarial drugs alone. Such is relatively unsurprising, when considering that an estimated one third of anti-malarial drugs in Sub-Saharan Africa are thought to be counterfeit.

One of the primary issues in tackling this issue of counterfeit medicine in Africa is a lack of public awareness; many individuals simply do not know they risk purchasing counterfeit or substandard medicine. Those entrenched in the cycle of poverty are most often the victims of counterfeit medicine, as they typically have a smaller variety of medicinal options available to purchase- meaning that they might unknowingly have no choice but to purchase a counterfeit drug. Further, the poor generally opt for cheaper medicines, unaware that such medicines are often counterfeit. This lack of variety and financial accessibility ensures that the counterfeit medicine market preys on the poor in particular.

Nigeria’s stance as the leader in the battle against counterfeit medicine made it the logical base for Sproxil – a company that has created a mobile phone-based technology to verify the authenticity of purchased medicines. Medicinal companies can register their products with Sproxil, receiving individualized scratch-codes to be placed on their products. Once the product reaches a consumer, the consumer scratches off the code and texts it to Sproxil, who then verifies the code in its database. If the code is not verified, the consumer is immediately alerted and given a number to report it. Considering the widespread use of technologies such as MobileMoney in Africa, the structure of Sproxil is ingenious and entirely conducive to the lifestyle of the average consumer.

To date, Sproxil has provided over five million anti-counterfeit labels, contributing to Nigeria’s strategy of public education regarding counterfeit medicines. The company seeks to expand beyond Nigeria, into Kenya and India next. The effectiveness of simple education and verification techniques in Nigeria serve as a wonderful example of successful strategies against counterfeit medicine in Africa, and also the world on the whole. If other developing nations are able to adopt a similar education and verification-based strategy to combat the counterfeit medicine market, the future is bright, indeed, for the increased mitigation of the issue on a global scale.