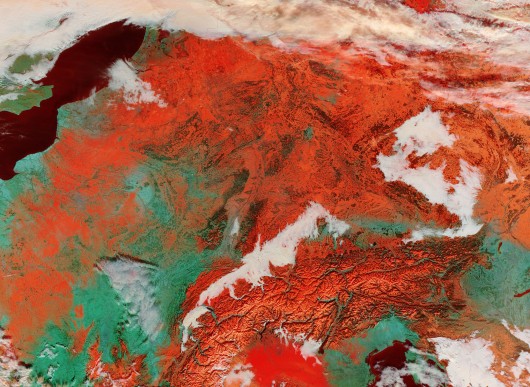 A month ago, Utrecht, the second largest city in the Netherlands, announced it would implement a state funded Universal Benefit Income (UBI) program, which allocates a certain monthly sum to every resident who wishes to partake in the scheme, no strings attached.

The program, which will begin after the summer holidays, aims to provide a basic income that can cover living costs to residents; with the goal of enabling people to work more flexible hours and to devote more time to care, volunteering, and education.

While UBI programs have never been implemented nationwide, various localized UBI programs have been attempted in the past; such as in the small Canadian town of Dauphin, where the city’s poorest citizens received cash sums from 1974 to 1979.

In Utrecht, the exact value of the cash disbursements has yet to be settled, but officials say it will range between 900 and 1,300 euros per month, depending upon the size of household. Most crucially, UBI also follows an income, or resident ‘blind’ selection process; meaning that all residents–even non-Dutch citizens, such as migrants–are entitled to receive the sum.

The take-off of the UBI idea in the Netherlands marks a seismic shift in the nation’s historic location on the fringes of Europe’s political agenda.

Traditionally, the UBI concept has only found support among left-wing and uber-liberal parties such as the Finnish Greens in Finland, which focuses its political policy primarily on climate change, or the Podemos, a radical party in Spain which supports a communist solution to the country’s economic ills.

Growing support for UBI within the Netherlands and among political parties has thus thrust the idea into the mainstream political agenda for the first time.

UBI’s sudden shift into the political centerfold also marks an interesting move away from the reaction that many welfare-state and socialist countries (such as Scandinavian countries) have had to increase levels of immigration: which has been to tighten and restrict welfare benefits for non-natives.

In light of this, the fact that UBI would be granted and money disbursed to migrants marks a surprising shift away from the anti-immigrant sentiment which is currently sweeping across Europe–and towards more inclusive notions of society and community.

While Utrecht prepares to implement UBI in the coming weeks, and other Dutch cities mull over the idea, Utrecht says it has paired up with University College Utrecht to see how effective UBI will be in a welfare state constituted by an ever-increasing multicultural population.

The team also hopes to discover whether UBI, granted to all residents who wish to receive it–including migrants–will help to produce a more effective, creative, and inspiring society in Utrecht, and whether the idea could take off within the Netherlands (and possibly, within the European Union) as a positive way to counter the threat of increasing anti-immigrant sentiment and increasing social exclusivity, throughout the region.