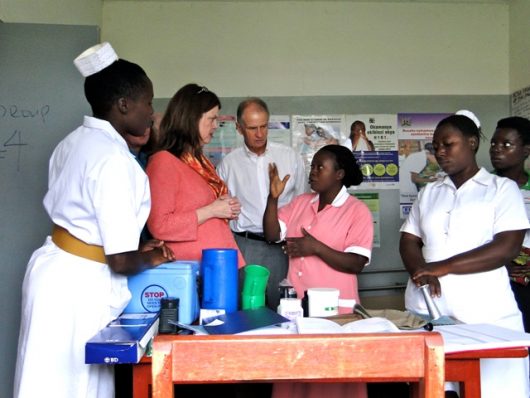 The United Nations plans to combat under-five mortality with its Sustainable Development Goal (SDG) 3.2, which aims to “end preventable deaths of newborns and children under five years of age.” The project, if successful, will help to fight neonatal mortality as well.

The 17 SDGs are launching following the commencement of the U.N.’s Millennium Development Goals (MDGs) in 2015 with a 2030 target date. The MDGs were able to save approximately six million children worldwide, which was a 53% reduction in under-five mortality.

There is still room for progress. Neonatal mortality comprised 45% of deaths among children under five in 2015 and continued to be a significant component of under-five deaths. As a result, as part of SDG 3.2, the U.N. aims to lower neonatal mortality to as low as 12 per 1,000 births.

The neonatal mortality rate was highest in the World Health Organization’s Regions of Africa. This region was where over one-third of under-five child deaths occurred in the neonatal period. A recent study that appeared in Geospatial Health determined the significant factors that contributed to neonatal mortality in East and West Africa and outlined ways in which the SDGs can help.

The study identified home birthing as a major risk factor for neonatal mortality in East Africa. Another risk was maternal exposure to unprotected water sources. Both of these factors largely contributed to the correlation between home births and neonatal mortality. This correlation is because these people face exposure to unclean water, which can lead to an infection of either the umbilical cord or the intestinal tract.

The SDG Goal Six aims to tackle the problem of unsafe and inaccessible water. By 2030, the U.N. hopes to “achieve universal and equitable access to safe and affordable drinking water for all.”

One common explanation for the high neonatal mortality rates in East Africa has been a lack of education for women. SDGs 4.1 and 4.5 intend to ensure all boys and girls free, quality primary and secondary education. This policy will help eliminate any gender disparities in education.

Home births were a risk factor for neonatal mortality in West Africa, too. The study found that 48.6% of mothers had home deliveries. Other significant risk factors included mothers who did not intend to have another child or who only completed primary education.

If the U.N. has the same success for the SDGs that they did with the MDGs, they could save millions of more lives and drastically reduce neonatal mortality.

Common Diseases in Afghanistan Compounded By WarWhy Is Croatia Poor?
Scroll to top