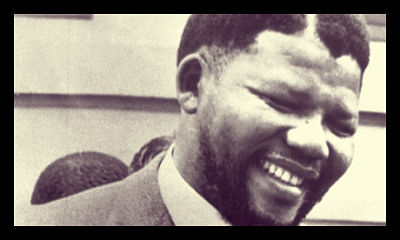 Nelson Mandela’s life has been exemplary in many ways. Through his patience, his perseverance, his strength and his courage, he managed to lead South Africa through troubled social and economic times to become one of the world’s largest emerging economies and bring an end to apartheid to establish a new “Rainbow Nation” in honor of its racial diversity.

Nelson Mandela’s childhood is no less remarkable than his career. From a family that was traditionally powerful – his father was in line to be chief until a dispute robbed him of the title – Mandela came from humble beginnings. After his father was dispossessed of his status, his family was forced to move to a small village, where he was raised in a hut and lived a very simple life, eating what they could grow and playing with the other village boys. His first name was Rohlilahla, meaning “troublemaker” (an apt name for the man who would later become the leader of the African National Congress). He adopted Nelson when he began formal schooling and was given an English name.

After his father died, he was sent to live with Jongintaba Dalindyebo, a regent of the Thembu people, who began raising Mandela to assume a position of leadership when he grew older.

Mandela’s interest in African history is said to have started during his lessons next to the palace, where he studied English, Xhosa, geography, and history. He became interested in the effect of the arrival of the Europeans on the nation and the people. Later, in a coming-of-age ritual in the village, Chief Meligqili, a speaker, uttered words that would greatly influence Mandela.

“He went on to lament that the promise of the young men would be squandered as they struggled to make a living and perform mindless chores for white men. Mandela would later say that while the chief’s words didn’t make total sense to him at the time, they would eventually formulate his resolve for an independent South Africa.”

From the village, Mandela would go to boarding school and later university, which would feed the fire of his emerging interest in the rights of South Africans.

Mandela disproves the common conception that one needs to come from an established background in order to be successful; what made the difference in Mandela’s case was the education afforded to him by Dalindyebo, and later through boarding school and university. Mandela’s understanding of his own country’s history and his exposure to multiple facets of life gave him insight into the lives of many of the different citizens of the country.

Much of Mandela’s strength stemmed from a humble background and the early lessons of hardship and the value of each opportunity.

Arco do FuturoCan Cell Phones Save the World?
Scroll to top