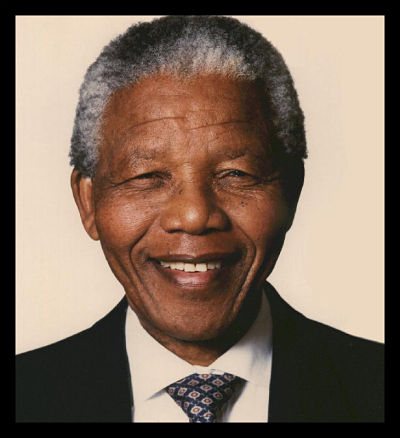 Nelson Mandela dead? Yes, the unthinkable has occurred. Arguably the world’s greatest advocate and symbol of compassion has passed away.

On Thursday December 5, 2013, Former President of South Africa Nelson Mandela died at the age of 95. He was one of the most revered men in the world, for he was an example of dedication, forgiveness, and triumph. He sacrificed his own freedom, so that others who were less fortunate could obtain their own freedom. After spending 27 years of his life in a prison cell, he was released to the cheers of billions around the world. He was the ultimate symbol of hope for a region that was on the brink of destruction. His leadership ultimately averted a racial civil war.

As the first democratically elected president of South Africa, he faced many obstacles, but was ambitious in his presidential vision. During his presidency, Nelson Mandela set out to elevate his countrymen and women from poverty. He petitioned for foreign governments to invest in his countries resources. He pushed for fair distribution of farmland to include those who were impoverished. He was successful in implementing free health care access to children under the age of six, and pregnant and breastfeeding mothers, giving healthcare to the poor.

After retirement from the Presidency in 1999, he focused his attention on other noteworthy causes. He created the Nelson Mandela Foundation, which through education has brought people together to combat HIV and AIDS in his home country. Through the organization, the 46664 campaign (his prison-issued number) has staged many prominent concerts to stimulate South African youth awareness to AIDS prevention. His example of perseverance in eradicating AIDS in South Africa has brought the country closer to an AIDS-free generation.

He also urged governmental leaders across the world to do more to alleviate global poverty. In a 2005 speech in London, Nelson Mandela pushed for leaders across the world to support global poverty reduction initiatives. He said, “Like slavery and apartheid, poverty is not natural. It is manmade and it can be overcome and eradicated by the actions of human beings… While poverty persists, there is no true freedom.” His words were a call to arms for leaders of more developed nations to extend their posterity to poorer nations.

The world has lost a true leader, a champion of equality, and a hero for the poor. Nelson Mandela’s example has inspired millions worldwide, and he will be missed but not forgotten.