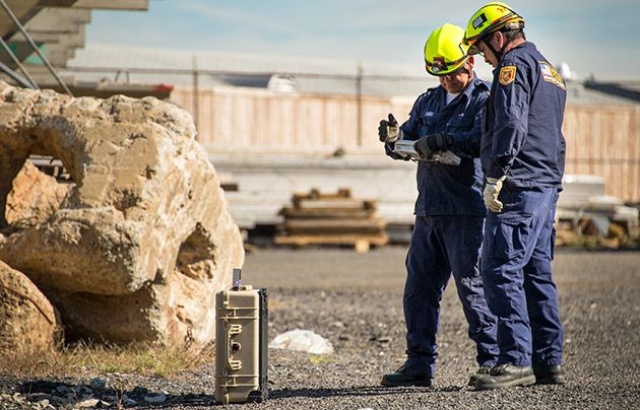 Rescuers in Nepal are using NASA technology to find survivors buried under piles of rubble.

A new piece of equipment, known as FINDER, detects very slight movements under piles of debris. By using low-powered microwave signals, the suitcase-sized device can find heartbeats and signs of breathing, even when the victims are unconscious. So far, four men have been rescued from the ruins of collapsed buildings thanks to FINDER.

This is the first real-world application of the device, which was effective in detecting heartbeats through 30 feet of rubble in testing. The technology uses an algorithm similar to one developed by NASA to monitor orbiting space satellites. The device is sensitive enough to distinguish between humans, animals and machines, making it valuable in post-disaster situations.

Considering the severity of the disaster, such devices are certainly needed. The 8.1 magnitude earthquake, known as the Gorkha earthquake, has killed more than 8,000 people and injured many more. The quake was rated as “Extreme” on the Mercalli intensity scale and caused an avalanche on Mount Everest that killed 19 people. Rescue efforts have been hindered by over 120 aftershocks, which are expected to continue for months, if not years.

Gorkha was the worst earthquake to hit the region in nearly a century. Most victims died in Nepal, though hundreds were also killed or injured in India, China and Bangladesh.

Earthquakes are especially disastrous for the world’s poor, who often live in substandard and unhealthy conditions. When disasters strike, rescue services are inadequate and access to healthcare is restricted. Buildings in poorer countries may be overcrowded and may not be built with safety or earthquake resistance in mind. Damage is less likely to be repaired.

Small, landlocked Nepal is one of the world’s poorest and least developed countries. The United Nations estimates at least 25 percent of Nepalese live below the poverty line. Literacy rates are low with nearly half of women reported as illiterate. Most of the population is rural and most roads are graveled or earthen.

In addition to poverty, the remote and hazardous terrain of Nepal hinders rescue efforts. International aid and innovations in technology are both needed to assist those affected by the disaster.

Alongside FINDER, a few other innovative technologies have been included in rescue efforts in Nepal. The online, crowd-sourced mapping group OpenStreetMap organized over 4,000 remote volunteers to assist rescuers in their efforts. Meanwhile, drones have seen significant use by reporters and photojournalists recording the earthquake’s extensive damage.

What is Microfinance? 5 Fast Facts About Malnutrition in Armenia
Scroll to top