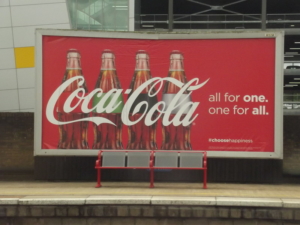 Multinational corporations (MNCs) have a global presence, even in developing countries. There are over 80,000 companies that drive the 21st-century economy. For example, Coca-Cola sells its product in nearly every country and has established over 900 bottling facilities worldwide. MNCs have propelled the GDP of their parent countries, most notably the United States, Japan, China and Western Europe, but how do their international operations affect developing countries?

It is difficult to say whether multinational corporations in developing countries are decidedly ‘good’ or ‘bad.’ One must consider many perspectives before making that judgment. However, researchers have identified a variety of positive and negative impacts applicable to most MNCs.

Multinational corporations in developing countries employ millions of people, but the quality of these jobs is often low. When Coca-Cola instituted a bottling facility in El Salvador, its supply chain hired sugar cane harvesters. El Salvador needed this hiring surge, as its poverty rate is 25.70%. However, an Oxfam study discovered that many workers receive less than the minimum wage. Additionally, harvesters face physical risks (burns, lacerations, exhaustion). This is because their work entails cutting cane stalks with a machete in chemically treated agricultural fields.

Perhaps the most notorious examples of worker exploitation in developing countries are sweatshops. These facilities in MNC supply chains provide employment with long hours, low wages and unsafe working conditions. An estimated 250 million children work in sweatshops worldwide, working over 16 hours a day to provide products for the clothing and toy consumer base.

Some experts argue that sweatshops are helpful to local populations because they provide job opportunities that would otherwise not be there. This defense, the “Non Worseness claim,” essentially states that sweatshops are better than nothing and that even if there were regulations on improved wages and working conditions, the jobs would be outsourced to a place where those restrictions do not exist. Defenders of MNC sweatshops often cite this controversial idea.

At first glance, it may be easy to claim that MNCs are unequivocally good for developing countries’ economies. After all, they provide jobs that were not present before, even if they are dangerous and pay low wages. Additionally, MNCs bring in capital flow to developing countries by building factories, which require construction workers and surrounding infrastructure, thereby stimulating economic development in host countries.

However, beyond the short-term benefits, the economic value of multinational corporations in developing countries becomes rather hazy. Most of the profit produced by an MNC subsidiary in a developing country goes to the company’s parent country. In the case of El Salvador, most profits generated by cane harvesters return to Coca-Cola’s executives in the U.S.

When multinational countries flood the economic landscape of developing countries, small businesses and local entrepreneurs find it difficult to compete. Thus, host countries develop a kind of dependency where they cannot break off from the MNCs’ influence in fear of rising unemployment. They also cannot compete with MNCs because of their established production methods.

The Human Rights Watch and other humanitarian nonprofits have called for supply chain transparency in MNCs, particularly clothing and footwear industries, to publicize and improve working conditions in sweatshops across the globe. These corporations would have to provide specifics about factories manufacturing their products beyond the general tag: “Made in China.”

Additionally, the social inequities surrounding MNCs appear to be a result of their intentions. Paying low wages, building factories with unsafe working conditions, and outsourcing production relate to a key goal of MNCs: the corporate mantra, “maximize shareholder value.”

But MNCs do not need to operate according to this objective. At the very least, maximizing profits is not the only objective that they can strive for. Many MNCs, such as Ben and Jerry’s and Patagonia, have altered their practices to become benefit corporations. This role includes adding the goal of benefiting the public good to their company mission. Through this method, MNCs have a chance to reverse social injustices by redirecting their profits into improving the social, environmental and economic processes in developing countries.