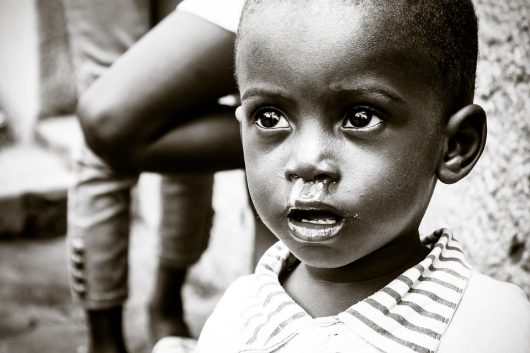 Few people outside the medical community had heard of Ebola before the 2014 outbreak. However, as the threat spread rapidly, so did awareness and fear. Despite few references in pop culture and public awareness prior to the epidemic, the disease has been relevant for several decades. As a result, it has inspired various movies about Ebola.

Scientists discovered the first strain of Ebola in 1976, and the disease resurged in several relatively isolated outbreaks before the 2014 epidemic. Over the course of its history, the disease’s various strains had mortality rates fluctuating between 53 and 88 percent. The most recent strain was identified in 1994 after an ethologist contracted the disease during a necropsy on a dead chimpanzee. Despite this dramatic history, relatively few fact-based movies about Ebola exist. Regardless, Ebola has influenced the industry, inspiring both similar fictional diseases and more factual references.

The following films (both fiction and nonfiction) are related to Ebola.

The 1995 film “Outbreak” documents the course of a fictional disease from Africa to the U.S. and the controversial means used to eradicate it. While the disease, Motaba, is fictional, its highly infectious nature parallels that of Ebola. Despite key differences (Motaba is airborne) the film represents the extreme fear of incredibly contagious diseases with striking mortality rates. Among the largest similarities between and Ebola are the date and means of transmission. The movie premiered one year after the 1994 outbreak of Ebola, which reached humans via chimpanzee and represents the most recent strain of the disease. Meanwhile, the movie tracks the source of the resurgence of Motaba to a monkey in 1994.

2. The Movie Which Never Was

While the fictional approach to documenting Ebola-like terror made it to the big screens, a factual retelling of the Ebola epidemic did not. The writers of “Outbreak” adapted their story from Richard Preston’s book, “The Hot Zone: The Terrifying True Story of the Ebola Virus.” However, in securing the adaption, “Outbreak” superseded the never-made “Crisis in the Hot Zone.” This film would have been a nonfiction portrayal based upon Preston’s more journalistic account of events.

“Ebola 21” tells the story of Ebola’s role in terrorism. In the 2015 movie, domestic terrorists kidnap 21 people. They then infect one with Ebola (without his or her knowledge) and release the hostages back into the population.

4. Honoring Those Who Aided the Crisis

The upcoming film “93 Days” tells the story of the medical personnel who risked their lives to respond to the Ebola epidemic. The Nigerian film will premiere later this year. Despite the movie’s goals, some are concerned that it will not accurately portray the lives and work of those it honors.

With the intense fear accompanying the Ebola outbreak came a renewed interest in Hollywood’s many disease outbreak movies. Films like “Contagion” suddenly resurfaced on TV. Other movies about Ebola captured the public’s attention with stories of people using Ebola to wreak havoc. “Formula for Death” is a made-for-TV example of this storyline.

Ebola’s emergence in pop culture over the years represents decades-long historical origins. While the 2014 outbreak has killed thousands, incidences of Ebola had taken several hundred lives since the 1970s. The fact that movies about Ebola have veered more towards fiction than fact demonstrates the emotionally-charged nature of frightening diseases and their ability to capture the imagination. However, as the crisis has subsided, upcoming portrayals of the disease may add more realism to movies about Ebola.