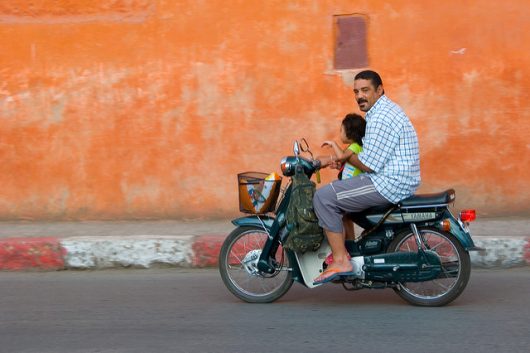 A culturally rich and beautiful country, Morocco lies in North Africa, bordering the Mediterranean Sea, and is a frequent tourist destination. Despite its reputation for opulence and wealth, the country remains developing, with a significant wealth disparity between rural and urban areas. Although the Morocco poverty rate has been steadily decreasing, there is still much work to be done.

In 2005, Morocco’s government began focusing on raising the standard of living through a project called the National Human Development Initiative Support Project (INDH). The main goals of this initiative included reducing poverty in urban and rural areas and offering support to the most vulnerable groups in Morocco. Through a budget of over $1 billion and a five-year implementation plan, the country made some progress in improving living conditions and reducing poverty for Moroccans.

The efforts to lower the Morocco poverty rate have been relatively successful, but there are undeniable underlying factors that have contributed to the lower levels of poverty seen today. Some of these factors include the large amounts of money that many Moroccans living abroad send to their families back home, the continued support of nonprofit organizations and decreasing rates of population growth. Researchers believe that these specific circumstances may have artificially lowered poverty rates, displaying Morocco’s poverty-reducing efforts as being more than successful than they truly are.

While the economic liberalization and other economic developments has provided further wealth to the elites of Moroccan society, these benefits have yet to be similarly reaped by the country’s poor. In fact, the number of Moroccan millionaires has doubled to 4,800 since 2000, but economic inequality continues to run rampant. Although 75 percent of Morocco’s poor live in rural areas, serious levels of unemployment plague urban youth, with 39.9 percent of them unemployed.

Morocco’s government has undoubtedly emphasized bettering the population’s economic conditions, but many of these efforts have been unsuccessful in their ability to truly reduce extreme poverty, especially in rural areas. Progress has been made, but much remains to be done to eliminate extreme poverty and reduce inequity between urban and rural areas.