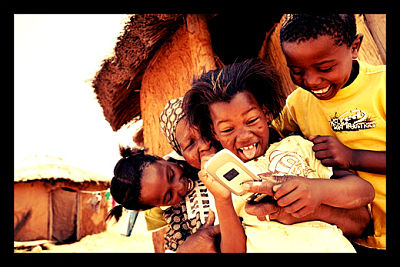 Let’s look at some examples:

Although mobile phones across Africa generally consist of low-end Nokia phones used for the Short Messaging Service (SMS), smartphones with Internet capability are on the rise throughout the continent. In some African countries, mobile phones are more common than clean water, bank accounts and electricity, according to the World Bank and African Development Bank.

Why has there been an explosion in mobile phones? The main cause is the increasing reliance on mobile phones by youth. The youth, ages 15 to 24, depend on their mobile device not only for communication, but also for listening to the radio, transferring money, shopping, using social media and more. With some Africans only making $2 a day, many will occasionally skip their meals in order to pay the $5 and $8 monthly cell phone expenses.

Mobile devices are also used as a way of combating many social issues in Africa:

By 2016, there will be an estimated billion mobile phones on the continent of Africa. This has a huge impact for potential investors. In Kenya alone, the use of mobile devices has had a big economic impact. The mobile device industry contributed about $3.6 billion to the country’s GDP and has provided numerous employment opportunities.