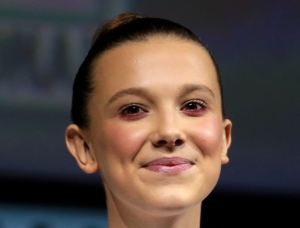 On World Children’s Day in 2018, “Stranger Things” actress Millie Bobby Brown was named a UNICEF Goodwill Ambassador, making her the youngest to hold the title at 14 years old. UNICEF, which stands for United Nations International Children’s Emergency Fund, is a nonprofit organization that has sought to provide aid for underprivileged children and protect their rights across 190 countries and territories since 1946. Brown’s role with UNICEF as an ambassador is to use her global platform to raise awareness of issues that affect youth around the world, such as lack of education, violence, poverty and bullying.

Children Taking Over for UNICEF

Before being named ambassador in 2018, Brown and UNICEF partnered in 2016 when the actress co-hosted the organization’s 70th anniversary event at the United Nations headquarters. The anniversary celebration was deemed a “children’s takeover” because it was hosted by Brown and other young celebrities who have been involved with UNICEF as well as young people who have directly benefited from the organization’s efforts. While co-hosting the event as a representative for the future of UNICEF, Brown interviewed soccer star David Beckham about his philanthropic efforts with UNICEF in his 11 years as an ambassador.

In Jan. 2019, Brown and UNICEF travelled together for the first time when the actress went to
visit the global supply headquarters in Copenhagen, Denmark. There, she assisted in assembling
early childhood development kits, which offer children in disastrous and contentious areas and living conditions a way to play and learn. The kits include art supplies, puzzles, games, books and puppets, and are given to caregivers helping in these areas. The kits are designed to be utilized by up to 50 children who are experiencing trauma and stress, and assist in creating a safe learning environment for them.

Brown also toured UNICEF’s supply and kit packing warehouse, the largest humanitarian warehouse in the world. Hundreds of necessities such as clothing and school supplies are sent from the warehouse every day to children and families in need around the world. In 2017 alone, $3.46 billion worth of supplies were sent to 150 countries in areas by UNICEF.

Collaboration Kits for a Cause

Representatives from Moncler, an Italian apparel and lifestyle brand, also accompanied Brown and UNICEF during the trip. In 2017 the Warmly Moncler project was launched in light of the collaboration between UNICEF and Moncler. The initiative provides winter survival kits containing hats, gloves, scarves, shoes, thermal blankets, socks and fuel to heat homes and schools to disadvantaged children and families in areas with harsh winter conditions worldwide. Since the collaboration was launched, over 38,000 families who live in some of the coldest countries in the world have benefited from the project.

For the future, Brown can be expected to continue to use her platform as an ambassador for
UNICEF to meet with as many children as she can, hear their stories and advocate and speak
out on their behalf.