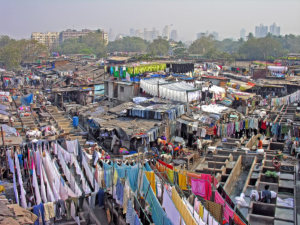 The migrant population is a large driver of India’s economy. India has one of the largest migrant economies in the world. Many Indian workers travel hundreds of miles to work in certain areas of the country to support their families back home. GDP growth rose by over 8% between 2005-2012. In addition, over 137 million people escaped poverty as a result of large-scale migration. There is tremendous potential in using migration in India as a poverty alleviation tool based on past numbers. The Mahatma Gandhi Employment Guarantee Act of 2005 (MGNREGA) is the primary national legislation of the nation geared towards solving its poverty crisis. However, it stagnated as of late due to COVID-19. Migration is a tool towards recovery from the consequences of COVID-19 and it offers a long-lasting solution to poverty in India.

The Mahatma Gandhi National Rural Employment Guarantee Act (MGNREGA) is a poverty alleviation legislation. It went into effect in August 2005. The act guarantees a hundred days of wage employment in any given financial year to rural households who have adults willing to volunteer for unskilled manual labor. The MGNREGA focuses on empowering women both socially and economically. The act also focuses on providing green and decent work by conserving natural resources. Although the MGNREGA is successful to some extent, greater poverty alleviation demands the use of migration as well.

Many Indian policymakers fail to recognize the potential benefits of migration. They often view it as a response to tragedy instead of those seeking greater economic freedom and opportunity. The MGNREGA originally intended to provide 100 days of work, now only providing  50 days of work in the majority of Indian states. Migrants can find higher-paying and more stable work within large urban areas and cities. MGNREGA reform is necessary along with the implementation of new migration legislation in order to further mitigate poverty in India.

Based on the same rate of migrant increase in the 2010s, over 56 million individual migrants would have traveled in 2020. Those benefiting back home in rural villages would have totaled 224 million, had COVID-19 not occurred and MGNREGA not reduced Indian migration. In comparison, 37 million families will benefit from MGNREGA during the fiscal year 2020-2021 according to the rural development ministry. Migration benefits a much higher percentage of the Indian population in poverty than MGNREGA does.

Migrants additionally have an easier time assimilating to their destination once their financial situation improves with higher quality work and wages. Women working in agriculture in the Eastern Indian state of Bihar can more than double their daily wages by moving to Patna, the capital of Bihar. Men from Bihar can increase their earnings even more at an increase of approximately 66% by relocating to Punjab and can have an even higher earning potential if they decide to move to major cities such as Ahmedabad, Surat, Delhi or Mumbai.

The Impact of COVID-19 on Migration in India

India’s lockdown period due to the COVID-19 virus lasted over a year, beginning on March 25, 2020. As a result, migration throughout the country came to a standstill as trains and planes stopped operating leaving many Indians trapped. Many migrants lost their jobs due to the toll the virus took on major Indian industries and were far from their homes without any options to get back.

Reducing poverty in India is no small task as it possesses the second largest population in the world. Passing anti-poverty legislation that provides migrants in India more options to travel within Indian borders for work could create millions of new jobs and greatly benefit both the Indian economy and people.