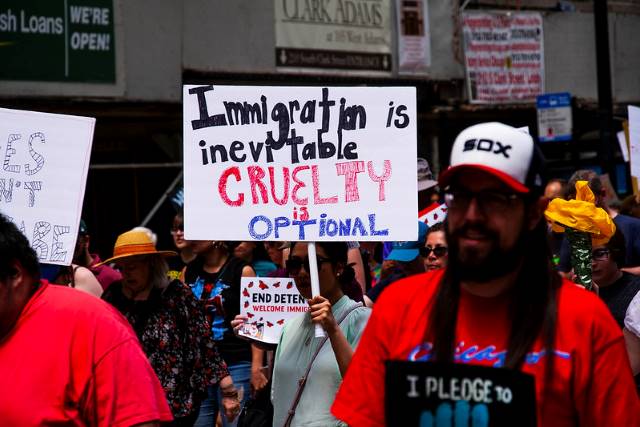 As President Biden attempts to undo many of the anti-immigration policies of his predecessor, a surge in unaccompanied migrant children seeking refuge at the southern border is creating logistical challenges. In January 2021 alone, border patrol agents reported nearly 6,000 unaccompanied children crossing the border. This is almost double compared to the number of crossings in January of 2020. Concerns have arisen regarding the well-being of these migrant children and the steps that will be taken to safeguard them.

The increase in migrant children can be linked to a combination of several factors. Firstly, natural causes. The coronavirus pandemic, coupled with devastating hurricanes in Central America, has compounded pre-existing conditions such as violence and poverty. Secondly, the reversal of Trump-era policies has restored hope to migrants who were previously denied entrance into the U.S.

To respond to the increase in asylum seekers, President Biden has restored border facilities to full capacity. Biden has also restarted programs allowing migrants to apply for asylum from their home countries rather than having to make the perilous journey to the border.

Perhaps most debated is Biden’s decision to reopen the Carrizo Springs influx facility in Texas for children aged 13 to 17. The facility has drawn comparisons to a McAllen, Texas, processing center used by both the Obama and Trump administrations where children were enclosed in chainlink fences and forced to sleep on the ground. Child welfare advocates are concerned about Biden’s decision because the Carrizo Springs facility is not licensed to house children. However, they generally agree that the facility is an improvement over the McAllen housing used during the Trump presidency.

While Biden’s reversal of the restrictive immigration policies created by Trump will increase the number of refugees granted legal entrance into the United States, a bigger question remains on how to improve conditions in migrant countries of origin in the face of COVID-19, extreme weather, climate change and violence. Addressing these conditions will eliminate the need for migration entirely, resolving many of the issues associated with migration to the U.S.

The process of softening the restrictions put in place by the previous two administrations is a lengthy and complicated one. Biden faces pressure to open the border from the left and pressure to close it from the right. Through the U.S. Citizenship Act of 2021, Biden has put forth a $4 billion four-year plan to improve living conditions in Honduras, El Salvador and Guatemala, the home countries of many of the migrants who have arrived at the U.S.-Mexico border to seek asylum. These improvements will alleviate migration to the U.S.

Biden is walking a political tightrope by working to address root causes while simultaneously continuing Obama and Trump-era border practices. He also faces the tangible challenge of lacking the capacity to process the sheer numbers of migrant children arriving daily. Whether or not Biden can deliver on the promises he made in his campaign remains to be seen but it is certain that the U.S. is understandably trying to adopt an approach that safeguards both the well-being of migrants as well as that of the United States.