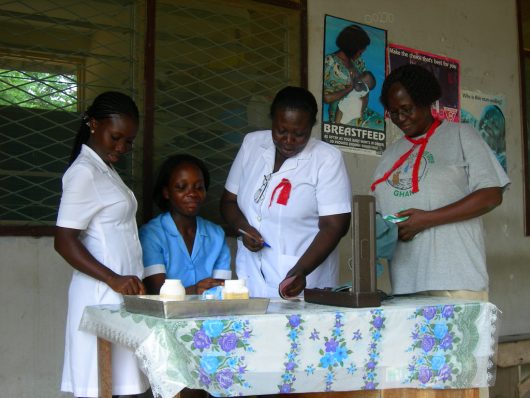 Ghana’s healthcare system deals with many obstacles relating to disease and discrimination. The West African country faces many diseases common in Africa, such as malaria and HIV/AIDS, which plagues some of its 27 million population. It is the poor access to mental healthcare in Ghana, though, that has set it apart from its sub-Saharan neighbors.

A 2012 study showed that the Ghanaian government spent $0.12 per capita for mental health treatment. This is less than half of the average expenditure of other lower-middle income countries. It is roughly two percent of spending toward mental healthcare by upper-middle-income countries.

Challenges to Mental Healthcare in Ghana

Unfortunately, a lack of spending is not the only hindrance to receiving adequate mental healthcare in Ghana. A number of other challenges have prevented Ghanaians from receiving help, including a lack of qualified professionals. A scant 18 psychiatrists practiced in Ghana in 2011.

The number of mental healthcare outpatient clinics is far greater. However, the majority of these clinics are located in Accra, Ghana’s capital. Rural areas of the country have far fewer resources, such as the Ashanti region. There are only 12 outpatient services available to its population of 4.8 million.

The international recognition regarding poor mental healthcare in Ghana forced the country to look more closely at its practices. To this end, Ghana introduced the 2012 Mental Health Act.

The goals of the scheduled 5-year plan were to create a baseline to ensure quality reform and to compare it to the performance of other countries. The poor access to treatment in rural areas of Ghana was also addressed. Programs were initiated to bring awareness of mental health programs and resources all over the country.

With the support of the World Health Organization, the Mental Health Act implemented previously ignored practices. Furthermore, it ensured the rights of people with mental disabilities. Mental health in Ghana has always been highly stigmatized, and the Act sought to create anti-discrimination provisions and safeguards for the vulnerable.

Ghana’s mental healthcare system has seen incredible progress. The country recognized the need to transform the highly underfunded and stigmatized system. Now, the system offers patients better access to treatment that is free of discrimination and negative consequences. Challenges remain, but the steps taken to reshape its future have already made a difference to mental healthcare in Ghana.