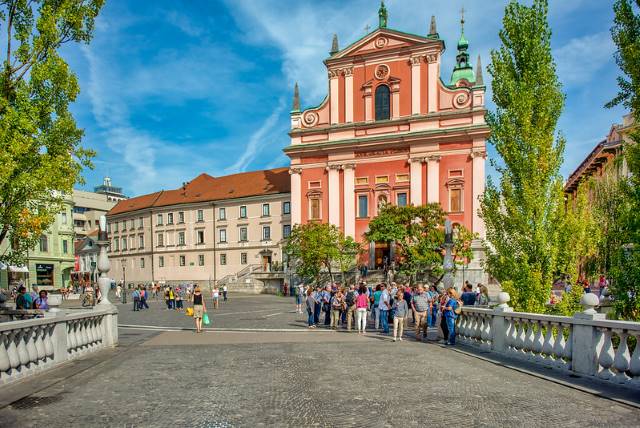 Slovenia has made notable efforts to alleviate mental health difficulties during the COVID-19 pandemic. This is especially remarkable considering the Slovenian government’s substantial battle in improving mental health in Slovenia over the past two decades.

In 2006, an HBSC survey provided some insight into the extent to which the population was coping with mental health difficulties. Notably, of girls aged 11-15, “only 39% estimated their mental health as excellent” while the percentage among boys of the same age was higher at 53%. Additionally concerning is that 16% of girls and 12% of boys surveyed expressed dissatisfaction with their lives. A more recent WHO-conducted Mental Health Atlas Country Profile report also sparks concerns as the WHO official estimate of Slovenia’s burden of mental disorders in 2014 is noteworthy. Particularly concerning is the fact that the figure of disability-adjusted life years due to mental disorders was 4.3 years and the age-standardized suicide rate was 12.4 suicides per 100,000 people.

The study also demonstrates that the connection to poverty goes further, with results showing that the adolescent perception of an impoverished familial financial position will both decrease their “life satisfaction” and increase the risk of the adolescent enduring mental health problems. These extensive facts and figures demonstrate that mental health in Slovenia also constitutes a poverty issue and is representative of the byproducts of wealth inequalities.

During the past two decades prior to the pandemic, Slovenia’s government progressively increased its commitment to addressing mental health in Slovenia with several services from newly formed institutions and programs. One of the nation’s key initiatives was outlining principal aims to strive for in its Programme for Children and Youth 2006-2016, which included ensuring children and young adults live a healthy life.

This involved not only improving the mental health of those targeted but also improving their financial and nutritional stability. Another massive initiative launched was a significant extension of the Slovene Network of Health Promoting Schools (SNHPS) in 1998 and 2008 to include more than 130 schools. The strategy aimed to promote health at schools in a more holistic manner and place greater emphasis on mental health. In addition, in recent years, the number of mental health-related seminars in school settings has also increased.

Amid a global health pandemic with devastating effects on mental health in Slovenia, the Slovenian government is doing commendably in weathering the storm. At the height of the pandemic, 43 HPCs reported almost 1,500 telephonic calls between March 16 and May 24, 2020, with 67.4% of these calls stemming from “the psychological impact” of COVID-19. These statistics highlight the extent to which the pandemic exacerbated mental health conditions in the country.

Additionally, as the majority of the calls came from families and individuals with low incomes,  it is clear that the pandemic disproportionately impacts the impoverished. The brilliant work of HPCs, however, proved instrumental in minimizing the damage. Due to their phenomenal support, by the end of May 2020, calls to HPCs declined to a tenth of the number of calls made during the height of the pandemic two months before.

Another group that has done exceptional work in mitigating the country’s mental health difficulties during the pandemic is the Community Health Centre (CHC) Ljubljana. The WHO has praised CHC Ljubljana for its provision of strong primary mental health support during the pandemic, while also conducting research and development to ensure similar quality care is given long-term after the pandemic’s end. The CHC’s efforts include marginalized communities that are often overlooked in emergency relief efforts.

Overall, Slovenia is making significant efforts to address mental health afflictions during the COVID-19 pandemic, with the aim of improving mental health in Slovenia as a whole.