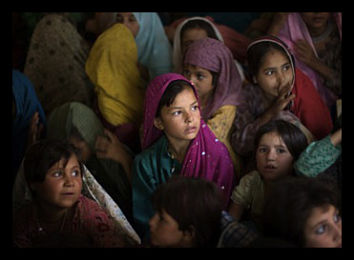 This is the third in a series of posts discussing the UN’s Millennium Development Goals. These are set of 8 interconnected goals agreed upon by most countries around the world based on a shared commitment to improving the political, social, and economic lives of all people. They are to be achieved by 2015 and, two years out from this deadline, it is important to celebrate all the progress we have made and to recognize the work we have left.

The third of the MDGs is to promote gender equality and embolden women. Education is the primary mode of empowerment, so the UN’s stated goal is to eliminate the gender disparity in primary and secondary education by 2005 and in all levels of education by 2015. The gender disparity in education is judged by statistics such as the ratio of girls to boys in all levels of education, literacy in women as compared to men, women working outside the agricultural sector, and female governmental leaders worldwide.

The gender gap in primary school has decreased substantially in recent years. In 1999, there were 16 million more girls than boys out of primary school. Over the next ten years, this number dropped dramatically to just 4 million. However, this still leaves significantly more educated boys than girls, a phenomenon that perpetuates gender inequality later in life.

According to the World Bank, equal percentages of girls and boys complete primary school in Latin America and East Asia. However, in all other developing regions, this ideal has not yet been achieved.

The significant gender gap in youth literacy rates has been shrinking in recent years. However, girls are still considerably less likely to graduate from primary school with basic literacy skills than boys. This is a concerning trend that often leads to the disempowerment of women, and perpetuation of a discriminating patriarchal societal structure.

In many countries, women have less access to stable jobs, education, economic assets, and governmental participation. They may not be allowed to work outside the home, forcing them to rely on men for their family’s income. And even when they do enter the job market, they tend to hold lower-paying positions with less job security and benefits. This represents an unacceptable inequity that must be addressed seriously. Not only does it devalue women’s work, it also means that men tend to have more influence on how the family’s money is spend, consistently minimizing women’s authority. Through extensive work toward MDG 3, women’s role in the workplace is improving, with 40% of wage-earning jobs in the non-agricultural sector held by women as of 2011.

The number of women in government is also on the rise, thanks in part to quota systems that require a certain percentage of leaders to be female. Worldwide, just over 20% of parliament members were female as of January 2013. While this still reflects a heavy bias towards men, it also represents incredible progress. In 1995, women held a meager 10% of parliamentary seats. This percentage has been steadily increasing, and progress will continue to be made if girls’ education is made an international priority.

The education of girls affects every facet of society as children grow into adults. While we have made significant progress towards gender equality, we clearly have work to do when girls do not graduate with the same basic skills that boys do and are not consistently presented with the same opportunities in the workplace and government. Educated girls become educated women that are empowered in their personal, social, political, and work lives. They demand to be treated respectfully, and are not constrained by their gender. They are strong women that can be leaders just as well as they can be wives. They are the women this world needs.

Five Countries with the Lowest Life Expectancy What is AME-SADA?
Scroll to top