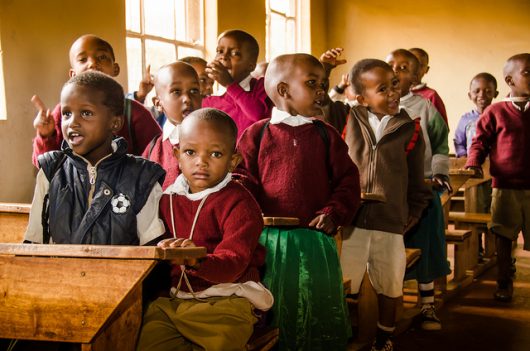 In Tanzania, Africa, many children struggle just to get a meal. Tanzania has suffered from reoccurring droughts throughout the region that make farming difficult and food scarce. However, since 2002, the McGovern-Dole International Food for Education and Child Nutrition Program has provided school meals of rice and beans for more than 100,000 students a day throughout the country.

With the proper amount of food, the students have more energy and are able to focus on their schoolwork. School attendance rates have increased since the program was installed. The Food for Education program isn’t limited to Tanzania; it has also reached hundreds of thousands of students in Guatemala, Bolivia and Nicaragua. Overall, the program has reached 40 million students in 24 countries.

Due to the severe droughts in Tanzania, prices for basic groceries have increased significantly. The droughts have also put a large strain on livestock because of the lack of water and pastures. Maize prices rose by 25 percent in a 12-month period beginning in 2016.

The McGovern-Dole Food for Education program doesn’t limit itself to improving the wellbeing of schoolchildren. It helps families of all stages by offering nutrition programs for pregnant and nursing women, infants and preschoolers. These programs are run by nonprofits and the United Nations World Food Program.

The U.S. budget proposal for the next year has zeroed out the funding for the McGovern-Dole Food for Education program. The meals these students need to thrive in school are now at risk of disappearing, although according to the U.S. Global Leadership Coalition, Congress seems to be leaning toward a rejection of the administration’s proposal.