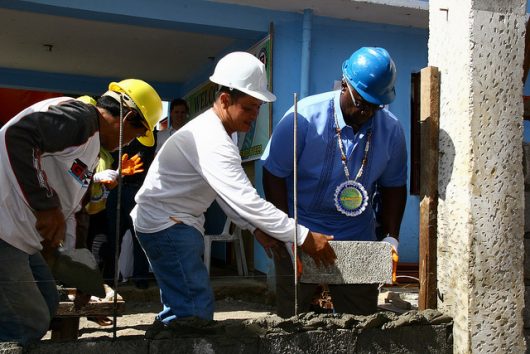 Created by the U.S. Congress in 2004, the Millennium Challenge Corporation (MCC) is an independent U.S. foreign aid agency. The agency has strong bipartisan support and helped revolutionize how the U.S. delivers foreign assistance.

MCC works by giving out time-limited grants to partnering countries, which broadly go toward “promoting economic growth, reducing poverty, and strengthening institutions.” But for each of its compacts and programs, MCC specifically reports what is being spent where, by whom and with what results. In other words, MCC is dedicated to transparency.

Transparent aid is especially important to donor and recipient governments. For example, MCC transparency ensures that it and other donors avoid duplicating efforts in some areas and under-funding in others. Recipient governments also need to know what aid is invested in their countries to coordinate their own budgets with incoming aid and make the most effective use of their limited money.

MCC was once again ranked as the most transparent agency in the U.S. Government for 2018. Ranked fifth overall in the world, MCC is one of only seven agencies in the top “Very Good” category. Transparency is essential for aid effectiveness and accountability, and MCC’s ranking shows that the agency is committed to disclosing detailed material about its activities.