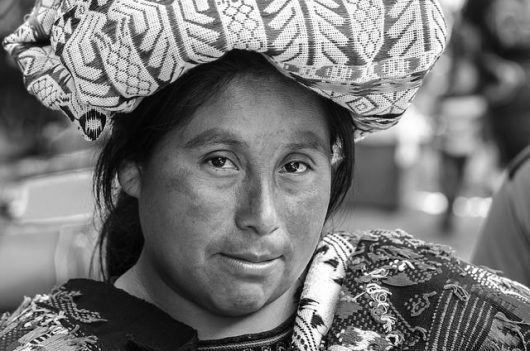 According to the Irish political party Eirigie, “All imperialism is underpinned by a philosophy that deems the colonized in some way inferior to the colonizer. Racism, discrimination, and exploitation are intrinsically linked to a policy which justifies the right of one people to dominate and exploit another.”

Centuries ago, Guatemala was the central hub of the ancient Mayan kingdom. The year 1524 then brought Spaniards, conquest and dictatorship. Central America’s longest armed conflict between government and rebels occurred from 1960 to 1996, Guatemala’s thirty-six-year civil war.

This tyrannical outburst, backed by the American government, revealed dangerous issues of political and military strategy between government and leftist rebels and led to hundreds of thousands of deaths, the majority of which were innocent civilians and indigenous Mayans. The gateway to Mayan oppression in Guatemala had been opened.

Spanish occupation severed existing Mayan socioeconomic order and gave life to ethnic turmoil and exclusion. Indigenous Maya viewed the leftist guerrilla warfare as the last hope for restoring the deep-seeded marginalization of indigenous communities. To the government, however, the collaboration and relationship between the Maya and the guerrilla movement insinuated the Maya to be natural allies of the revolution, and thus enemies of the state.

A decades-old historical reality, the Mayan population – 80 percent of the country’s makeup – has endured harsh oppression. It is a rarity within the employment sector for the indigenous person to be paid the equal wage of the mestizos, a person of mixed ancestry. When interviewed, more than half of business owners admitted that despite indigenous workers and mestizo workers performing the same labor, they were not paid equal wages.

An IPS News Agency survey, conducted among hundreds of business owners in greater Guatemala City, found that “on average, only 12 percent of workers in small and micro-enterprises are indigenous people, while the workforce of medium and large businesses is made up of 20 percent native people.” Meager wages alongside oppression allow poverty to burgeon.

Without equality, development halts. An organization named Avivara uses education as a way to provide relief for the oppressed in Guatemala, a country that has endured myriad human rights offenses. Access to quality education allows citizens to learn how to adapt to change and ultimately secure higher-paying jobs.

Better education provides access to resources, services, social protection and social rights. In regards to women and Mayan culture, education is empowering. It helps to expunge systemic poverty, illiteracy and inequality. By providing greater educational opportunities, Avivara is establishing a foundation within communities that will provide essential skills, such as the ability to address conflicts in a rational and non-violent manner.

The Work of CoEd and Other Organizations

Around 70 percent of people in rural Guatemala live in poverty. 95 percent of poor, rural students never graduate from high school. 40 percent of indigenous adults cannot read or write. The Cooperative for Education, or CoEd, provides solutions. CoEd helps break the deep-seeded cycle of poverty through the most powerful resource: education, a pathway out of poverty. Educational opportunities are provided for schoolchildren at every step of the way, empowering them to someday give the same opportunities back to the world. Education is the one-way ticket out of Mayan oppression in Guatemala.

Moreover, the Pan-Mayan Mobilization in Guatemala prompted the internationally-recognized Peace Accords of 1996. In an effort to unite the indigenous population and acquire more political influence, the Accords include both general Human Rights clauses as well as those on the identity and rights of indigenous peoples.

Efforts to heal the horrendous wounds of Mayan oppression in Guatemala are strong but take time. To assist the process, the Office for Indigenous Peoples and Interculturality has been created. The United Nations reports that this review board establishes proposals for both human rights defenses and policy reform, based on the Agreement on the Identity and Rights of the Indigenous Peoples from the 1996 Peace Accords. Emerging from a place of oppression and fear to a place of equality and peace is complex and multifaceted, but change is in the works.