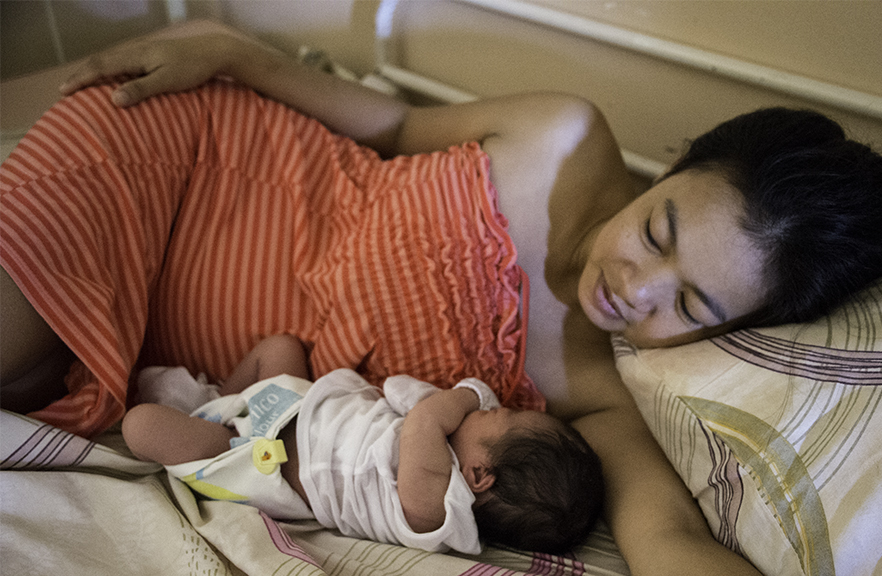 Various factors are responsible for the high rate of maternal mortality that the Philippines face. According to the IRIN, some of the main causes of maternal deaths are hemorrhages, sepsis, obstructed labor, hypertensive disorders during pregnancy and complications associated with unsafe abortions. Having a physician, nurse or midwife who has had formal training present during the birth can decrease the maternal mortality rate, but currently, these skilled birthing attendants supervise only 60 percent of births in the Philippines. Others rely on traditional birthing attendants who do not have formal training and therefore are often unable to deal with complications.

Poor women and women in rural areas are at a disadvantage. Around 75 percent of the poorest quintile do not have a skilled birth attendant to help them through their pregnancy. Rural areas also have higher maternal mortality rates because many women in rural areas begin having children at a young age. Since adolescent women are normally not developed enough for childbirth, these young mothers face many complications during and after pregnancy and contribute to the high maternal mortality rate.

This limited access to contraceptives has negative effects. In 2006, there were three million pregnancies in the Philippines. Half of those pregnancies were unplanned, and one third of the unplanned pregnancies resulted in abortions. A higher rate of contraceptive use will prevent this from happening and will consequently decrease the maternal mortality rate.

While rates of contraceptive use have not risen much from 2006 to 2014, there is hope that contraceptive use will now increase dramatically due to a birth control law that the Philippine Supreme court approved in April 2014. The law requires the government’s health centers to have free condoms and contraceptive pills. It may be too soon to tell whether that law has a significant effect on maternal mortality. However, the law will hopefully help the Philippines to reach its MDG by the end of 2015. Other ways to help reduce maternal mortality are providing more antenatal care and more widespread access to health facilities.