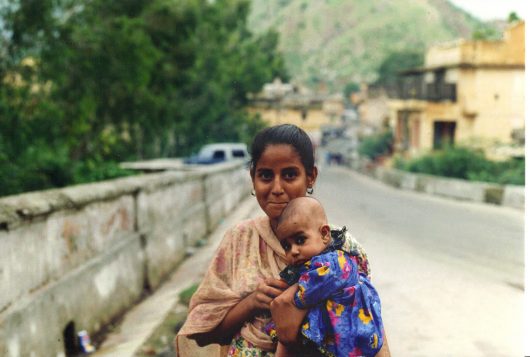 India is a developing nation with a wealth of natural and man-made resources. Yet, with parameters of development such as maternal mortality, the country falls short. According to UNICEF, approximately 800 deaths occur each day due to avoidable causes linked to childbirth and pregnancy, and 20 percent of these deaths occur in India alone.

However, a stark reduction in maternal mortality in India has been observed over the past few years. This reduction can be mainly attributed to better health care for child-bearing women, increased monitoring of maternal death cases and increased alertness towards any medical complications or emergencies.

Strategies to reduce maternal mortality include increasing health care resources such as the number of hospitals and trained health care professionals. It is also essential to facilitate immediate referral to delivery services. Maintaining clean, sterile hospital environments and regulating the numbers of deliveries made at a given point of time can also ensure greater safety during childbirth.

Recently, a study in the British Medical Journal revealed that Assam, a state in North-East India, has approximately double the maternal mortality rate of India as a whole. This conspicuous disparity in maternal mortality rates can be explained by crowded, unclean and unfavorable hospital settings. These poor conditions can dissuade women from seeking immediate medical care and can even increase a risk of complications linked to pregnancy.

Another study reveals that approximately half of maternal deaths due to sepsis are caused by abortion through illegal means. This suggests that along with health factors, societal ideals also have an important role to play in observed maternal mortality.

Gender bias towards males can result in some families deciding to abort their children on the basis of gender. Poor households, in particular, are more likely to act in accordance with this bias as they believe that males have greater ability to obtain higher incomes and thus extract them out of their poverty. These societal stereotypes can be addressed by increasing a fairness of treatment of females in job sectors in terms of incomes and job responsibility.

Recently, UNICEF estimated that approximately 55,000 of all deaths due to maternal causes in India could have been prevented with better health care services. High levels of illiteracy are also deemed as a cause for these vast number of avoidable deaths.

Without proper knowledge of the precautionary methods for intercourse and the amount of resources required to support a child, poor households often have a higher number of children than average. This is based on the erroneous belief that more children will eventually result in greater incomes, but the costs of their upbringing are not taken into account.

Piyasree Mukherjee, CEO of the Foundation for Mother & Child Health, expresses her views on the situation by stating that, “In rural India, access to healthcare, specifically during delivery remains an issue, and there is also a lack of information.”

This comment potently underscores the paucity of available childbirth clinics and trained professionals in local communities. By increasing the number of delivery services and educational campaigns and improving the state of maternal and child care in India, there will hopefully come a time when maternal mortality in India is close to being eliminated.

The Top Diseases in Germany and Poverty’s Effects on HealthSocial Safety Nets: Debunking Myths About Government Assistance
Scroll to top