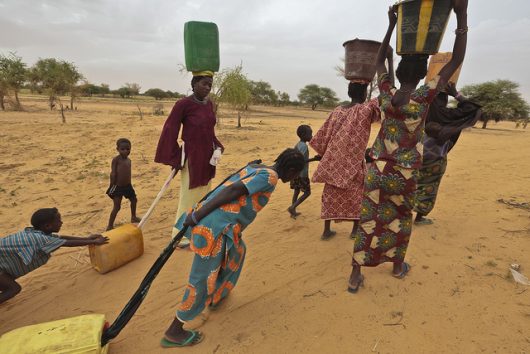 Maternal and child health in Mali remains among the poorest in sub-Saharan Africa for many reasons. Limited access and adoption of family planning, early childbearing (the mean age of first birth is 18.8 years), and short birth intervals are among the major reasons. Other important factors are female genital cutting, infrequent use of skilled birth attendants and lack of emergency obstetrical and neonatal care, which is often uncomfortable for women when used.

Despite these statistics, many important changes are taking place to improve maternal and child health in Mali. Lowering fertility is essential for poverty reduction, improving food security and developing human capital and the economy. Having fewer children creates less housework and healthier children, and mothers are able to contribute and benefit economically.

Women are often revered in Malian culture; however, legal status, health and economic opportunities favor males. Only two out of 10 women make decisions regarding their own health. Domestic violence is largely considered acceptable by society. Mamadou Ben Diabete is a Malian griot who is trying to change some of these problems.

Griots are Malian storytellers, poets and musicians, carrying on a tradition dating back to the 13th century. They hold large influence in many parts of Malian society. Diabete felt that influencing improvements to women’s health was part of his calling. He attended training workshops on RAPIDWoman, an interactive software modeling system that teaches users how investing in reproductive health, girls’ education and maternal health programs can increase quality of life. Diabete and a colleague then presented the model to nearly 70 people from the government of Mali, NGOs, women’s associations and local media and held followup discussions. These organizations remain dedicated to prioritizing the health and happiness of women throughout Mali.

USAID’s Maternal and Child Survival Program (MCSP) includes Mali in one of their 25 countries of focus in the improvement of maternal and child health. MCSP recognizes critical health system constraints such as geographical access, availability of human resources and financial affordability. The organization then finds interventions that are most important, such as handwashing with soap and having a skilled attendant at delivery, an intervention that saw the greatest gains.