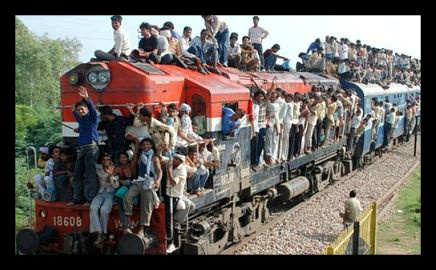 The city of Surat, located in the state of Gujarat near the western coast of India, has seen rapid population growth and development in recent years. Although India has also gradually seen a significant drop in poverty, overpopulation in regions like Surat contributes to the perpetuation of poverty.

According to reports from The Guardian, Surat ranks fourth in the world in terms of speed of development. A 2011 census placed Surat’s population at approximately 4.5 million, up from 2.8 million in 2001. As a result of the quick spike in population, many of Surat’s inhabitants now  live in unsanitary conditions and face a dire economic situation.

Aside from the issues that arise from overpopulation, Surat may soon face harrowing consequences as a result of global climate change. Due to its proximity to India’s western coast, Surat is expected to face recurrent flooding sometime in the next few decades. Rapid urbanization has compounded the risks of flooding, blocking outlets for runoff. Higher temperatures associated with global climate change are expected to further exacerbate monsoon rains and flooding. With stagnant water and higher temperatures, conditions would be ripe for mosquitos, increasing the risk of malaria and other diseases.

The city has begun to implement proactive measures such as creating flood plans, building weather stations and hiring new “resilience” staff in order to better prepare for disaster. Along with increased urbanization, Surat faces high rates of unemployment and poverty.

In Surat, financial instability prompts some women to turn to non-traditional methods of income, including surrogacy. According to a study carried out by the Centre for Social Research, 88.6 percent of surrogate mothers interviewed in Surat reported that poverty drove them to surrogacy. Another 94.1 percent of respondents cited unemployment as the main reason.

The study notes that cheap medical services coupled with lax regulations make Surat and other regions in India a popular destination for those seeking surrogate mothers. Whereas surrogacy costs can range between $59,000 and $80,000 in the U.S., these rates can be as low as $10,000  to $35,000 in India.

While non-traditional work provides some financial stability. Changes in climate and a growing population are causes of concern when considering sustainable poverty reduction methods.