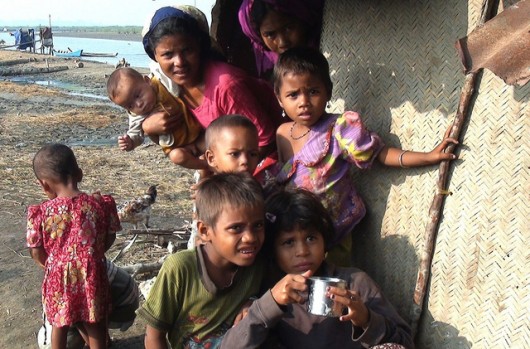 Myanmar, formerly known as Burma, has an estimated population of 53 million people. Of this population, 2.5 million children in Myanmar suffer from stunted growth as a result of being malnourished over an extended period of time. Malnourished children often experience long term debilitating mental and psychical effects. These effects also impact the community and health resources available.

Currently, the rate of malnutrition in Myanmar is staggeringly high. The western area of the country, where 1.3 million Rohingya Muslims live, has unprecedented levels. More than 140,000 people are subjected to living in filthy, overcrowded camps. Others face restricted movement from villages and a lack of access to basic needs, such as clean water, food, education and healthcare. Political issues and ethnically motivated crimes have caused over 200,000 people to flee to neighboring areas such as Bangladesh to save their lives.

Human Rights Watch reports have indicated that ethnic cleansing and crimes against humanity have occurred in Myanmar as a result of the atrocities faced by the Rohingya people. However, this minority is not recognized by the government, and the term Rohingya is prohibited from being used by the government in Myanmar.

In accordance with Millennium Development Goal One, to end hunger and extreme poverty, Myanmar has attempted to make progress. As of 2013, it has been collaborating with UNICEF in order to help combat child malnutrition. Myanmar has joined other countries in the global ‘scaling up nutrition’ movement.

The United States and other countries need to work with the government of Myanmar to help it create reform programs that provide equality to all its people, including equal rights protection and access to food, clean water and sanitation. Progress has been made, but the potential for more is great.