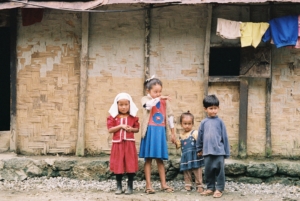 Amid the COVID-19 pandemic, India’s struggle with malnutrition has been playing out behind the scenes. Despite consistent economic growth, nutritional deficiencies have plagued India’s adults and children for years. Nearly 50% of children do not receive adequate nourishment and more than 50% suffer from anemia and other vitamin deficiencies. Efforts by the state have improved the situation over time, but malnutrition in India remains high compared to other developing countries. Recently, the coronavirus pandemic has made matters worse as India’s cancellation of its school lunch program leaves children, who usually rely on these supplementary meals, at-risk. In addition to damaging the economy and people’s ability to buy food, the COVID-19 lockdown has halted state-run services that previously helped people in need access nutritious meals. Recognizing the severity of malnutrition in India during COVID-19, efforts are starting to ensure Indians, especially women and children, fulfill their nutrient requirements.

History of Malnutrition in India

Malnutrition is not a new issue in India. It has been consistently prevalent despite the country’s economic development. In 2019, India ranked 102 of 117 countries in the global hunger index and its hunger situation was labeled as “severe.” Furthermore, India’s childhood malnutrition rate is twice that of sub-Saharan Africa. In this same vein, 45% of children suffer from stunted growth due to their lack of sufficient nutrients necessary for development.

Though adults also suffer from malnutrition, the issue largely affects children. This is because of the lasting implications of malnutrition occurring during development.

Malnutrition in India’s children is attributable to many factors. These include lack of access to nutritious foods, inadequate care practices and pregnant women’s inability to gain sufficient weight. These circumstances can lead to a multitude of consequences. For example, decreased chances of survival for children younger than 5 years old, increased susceptibility to illness, impaired learning abilities and decreased productivity in children and adults, to name a few.

These effects not only affect individuals but can also become detrimental to the growth and prosperity of a society or country. When childhood development suffers impairment, their education and potential to contribute to India’s productivity decreases. Ultimately, this affects long-term, economic growth. India acknowledges that it is in the state’s interest to solve this issue. Therefore, the Indian government has attempted to address malnutrition by creating several aid services.

Since malnutrition has been recognized as an issue crucial to India’s development, India has led developing countries in the fight against malnutrition.

India’s Integrated Child Development Scheme (ICDS), a program funded by the central government and UNICEF, formed in 1975. The initiative aims to tackle malnutrition by providing primary healthcare and supplementary food to children between the ages of 3 and 6. Also, their mothers would receive the same care. In 2010, the ICDS expanded with the addition of the Pradhan Mantri Matritva Vandana Yojana (PMMVY) program. This expansion strives to improve health and nutrition for pregnant women.

Another government-led effort to combat malnutrition in children is the National Programme of Nutritional Support to Primary Education. This is also known as the Mid-Day Meal scheme. This program provides children in school with meals. Ultimately, this improves both their food security and nutritional status.

Additionally, the Food Safety and Standards Authority of India issued regulations in 2018 for fortifying common foods like rice, wheat and milk to enhance their nutritional quality.

These programs convey the state’s recognition of the severity of malnutrition in India. Also, the necessity of improving conditions for thousands of residents. Between 1990 and 2019, child mortality decreased from 3.4 million to less than 1 million. However, despite this significant progress, malnutrition persists.

The COVID-19 pandemic has impacted access to nutritious meals for all Indians. Yet, this is especially true for children relying on supplementary meals. Under normal circumstances, children were guaranteed at least one nutritious meal under India’s government-funded school lunch program. After the imposed lockdown (to prevent the spread of the virus), about 115 million children, dependent on school lunches to fulfill their daily nutrient requirements, no longer had access to this service. Supplementing its current food program, India planned to use a phased approach to reopen schools in September 2020. The nation has announced it will expand its school food program to include breakfast and midday meals. These initiatives aim to reduce malnutrition in India during COVID-19.

While India’s government has been attempting to combat its persistently high childhood and adult malnutrition rates for years. Unfortunately, the pandemic has made the situation even more urgent. As India loosens COVID-19 restrictions, it is imperative that children and women once again gain access to crucial services. Ensuring their nutrient requirements are met is paramount. Furthermore, recognizing the enormity of malnutrition in India during COVID-19 and beyond, India must push more efforts to protect the health of its people.