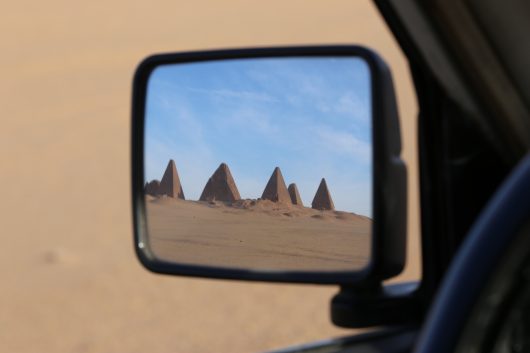 Malaria is a severe yet treatable disease caused by a parasite that infects a certain type of mosquito, which then feeds on humans, passing the parasite along. Its symptoms include fevers, chills, headaches, muscle aches, tiredness, nausea, vomiting and diarrhea. In 2015, South Sudan faced a severe malaria upsurge across the country.

To understand what it feels like to have malaria, read the following passage:
“I awoke to what felt like lightning going through my legs, and then spreading through my body and in my head. Probably the worst headache, body aches and chills you could possibly imagine. It felt like I was being stung repeatedly by an electric shock gun and could barely control my movements. The pain was so intense; I actually believed I was dying, literally crying out in pain so bad that I was taken to a 24-hour clinic that night at 3 a.m.”

This was how millions of people in South Sudan felt throughout the malaria upsurge in 2015 and how many will continue to feel. Even though malaria is a treatable and preventable disease, not everyone was guaranteed treatment during the upsurge. Without treatment, there was no way to ensure that those infected would survive or be cured.

In January 2016, the United Nations Coordination for Humanitarian Affairs (OCHA) found that about 1.6 million cases of malaria had already been reported throughout the season. This finding meant that some areas of South Sudan had more than quadrupled their numbers from same period last year.

South Sudan was and continues to struggle to supply its residents with enough malaria medication. Nurse Matthew Deng was quoted in an interview with Al Jazeera English at the Public Healthcare Clinic (PHCC) in Nyamlell and noted, “We don’t always have drugs for malaria because everything is supplied by the Ministry of Health. The last batch of medication we received was in November, but for this month we haven’t received anything.”

He went on to say that the center was given 2,000 paracetamol tablets to treat those suffering, but while the supply was expected to last the month, it only lasted one week.

In response to the malaria upsurge, the United States Agency for International Development (USAID) supplied over 635,000 doses of artemisinin-based combination therapy (ACT)—a treatment for malaria—to Western and Central Equatorial states through the Systems for Improved Access to Pharmaceuticals and Services project and through the DELIVER project.

USAID additionally supports South Sudan’s National Malaria Control Program with pharmaceutical technical assistance. They work to ensure that ACT, other malaria commodities (e.g. insecticide-treated nets) and rapid diagnostic tests are provided to pregnant women and children under the age of five. Through these programs, 155,000 children under five were treated and nearly 40,000 pregnant women received medicine in the fiscal year of 2015.

Despite preventative efforts, the malaria upsurge continues. OCHA estimated that an additional $4 million is needed to assist in the distribution of mosquito nets and anti-malarial medication throughout South Sudan. Although preventative steps have been taken, more are required for the citizens of South Sudan.