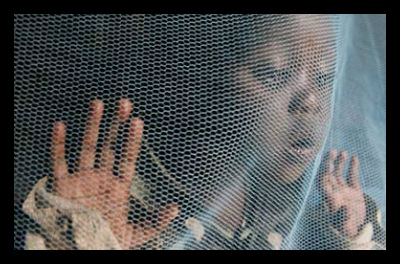 Malaria is a life-threatening blood disease caused by a parasite known as plasmodium. This parasite is transmitted to human by the anopheles mosquito. An infected person of this disease shows signs of dizziness, loss of appetite, anemic, high fevers, dehydration and loss of body weight.

The History of Malaria: The word malaria comes from the 18th century Italian “mala” meaning “bad” and “aria” meaning “air”. Most likely the term was first used by Dr. Francisco Torti in Italy, where people thought the disease was caused by foul air in marshy areas. It was not until the 1880’s that scientists discovered that malaria was a parasitic disease.

The Socioeconomic Effect of Malaria: Malaria kills a child somewhere in the world every minute; it infects approximately 219 million people each year with an estimated 660,000 deaths mostly being children in Africa. Ninety percent of malaria death occurs in Africa. It is one of the most dreadful diseases reducing the populace on the large scale. The sickness also contributed greatly to anemia among children-a major cause of poor growth and development.

Malaria also has some serious economic impact in Africa, slowing economic growth and development and perpetuating the vicious cycle of poverty. Malaria is truly a disease of poverty afflicting primarily the poor who tend to live in malaria-prone rural areas. Nevertheless, the rich cannot be left out with the infection of this sickness.

Prevention and Control: Malaria, many say, is no respecter of person. Irrespective of one’s social status, malaria can indeed infect many people.  It is in this light that people must take precautionary measures to protect themselves, family and friends from this dreadful sickness. Those living in malaria prone regions like Ghana should make sure they follow certain precautions, some of which are as follows:

These programs, in effect, when implemented, will help the fight against malaria and help improve the living conditions of the rural poor. Just as the adage goes, “brighten the corner where you are” the individual cannot be left out in the fight as well. Gutters or drains and the environment need to be free from the breeding of mosquitoes and as such, the onus also lies on us as individuals to practice personal and community hygiene. People should not wait for government agencies and other non-governmental organizations to help clean their environments; they must take responsibility of their actions and outcomes and ensure they genuinely support the fight against poverty through the prevention and control of malaria.