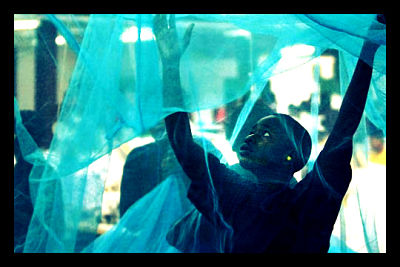 Africa faces the world’s most dramatic public health crisis. Although polio is close to eradication, and more than half of African children have received the measles immunization, key public health issues continue throughout Africa.

Malaria is preventable and curable, yet it kills about 655,000 people worldwide every year. Malaria is transmitted through mosquitos infected with parasites, and it can also be passed to a growing fetus from an infected mother. Malaria causes fever, chills, muscle pain, and if not treated can result in death.

Malaria deaths decreased by 25 percent globally from 2000 to 2010. How was this achieved?

According to the WHO, 33 African countries have adopted artemisinin-based combination therapy as malaria treatment, which is the most effective antimalarial medicine. Other treatments include insecticide-treated nets, indoor residual spraying, and intermittent preventive treatment during pregnancy. In the WHO African region, malaria cases decreased by 50 percent between 2000 and 2008 due to these measures.

From 2000 to 2012, UNICEF provided over 120 million Insecticide-Treated Nets (ITNs). During this time, children sleeping under ITNs increased from 2 percent to 39 percent. As malaria-infected mosquitos bite at night, the regular use of ITNs can reduce child mortality by 20 percent.

Through funding from the Global Fund, 310 million mosquito nets and 181 million cutting-edge antimalarial treatments have been distributed.

PMI is led by USAID under a U.S. Global Malaria Coordinator and jointly implemented with the Centers for Disease Control (CDC). PMI is one of the largest donors for malaria. Its goal is to half malaria for 70 percent of the at risk sub-Saharan population. PMI has chosen 19 focus countries. In Tanzania, PMI efforts, through the malaria control scale-up, have reduced all-cause child mortality (ACCM) by 10 deaths per 1,000 live births.

Through all these efforts over a million lives have been saved. Still a child dies every minute from malaria.

Widespread malaria is an obstacle to the development and growth of affected African countries and communities. For every $1 invested in malaria commodities, a $40 return can be expected in the form of productivity from healthier, better educated more productive working communities.