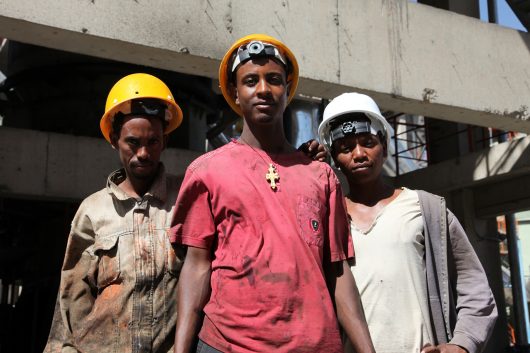 Ethiopia is one of the world’s poorest countries, with about 44% of its population living in poverty. However, Ethiopia also has one of the fastest-growing economies in the world. Causes of poverty in Ethiopia include a variety of actions stemming from natural disasters as well as man-made actions. However, the main causes of poverty in Ethiopia are brought on by the effects of its economy revolving around agriculture.

About 80% of Ethiopia’s people work in agriculture. Because agriculture is the primary source for Ethiopia’s economy, most of its population takes up much of its rural areas than its urban.

Smallholder farmers form the largest group of poor people in Ethiopia. These farmers lack basic infrastructure, socially and economically, such as health care and educational facilities. They depend on their agriculture for most of their living essentials. Because so many of these farmers live in poverty, they also lack the ability to update their tools to grow better crops.

Beyond the difficulties faced by farmers just to bring in enough money to live, they must also contend with many natural disasters. Ethiopia is a country in conflict with its frequent natural disasters, thus making it even more difficult to farm in the country. Droughts, overgrazing and deforestation have degraded Ethiopia’s land over the years. It has made it difficult for the country to feed itself. Natural disasters have become one of the main causes of poverty in Ethiopia because so many of the country’s inhabitants rely on the weather for their income.

As if difficulty making a living were not enough, Ethiopia’s poverty is further worsened by the recent war. The consequences of the war with Ethiopia’s neighboring country, Eritrea, have been compared to those of World War I, leaving a legacy of economic burden in the country, with millions of dollars spent by an already poor economy.

Furthermore, Ethiopia’s poverty is also caused by rising global market prices. Because of the increase in prices, the situation in the country has worsened. With restrictions to access food and other supplies, households have limited resources and cannot purchase the necessary amount of things such as food and fertilizer. Ethiopia’s unstable conditions have driven investors away from the struggling society.