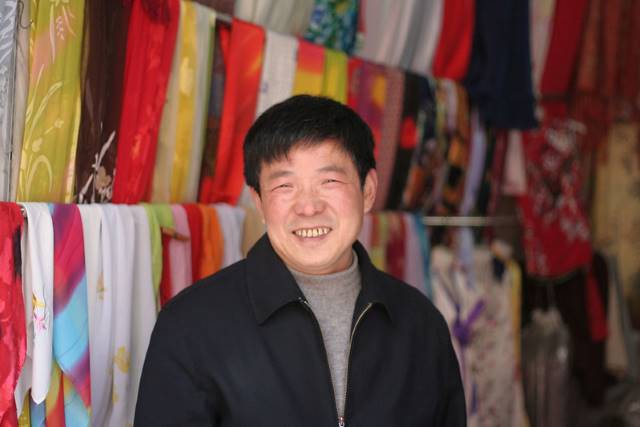 Over the last few decades, the Chinese economic miracle has astounded pundits across the globe. When reforms began in 1978 under Deng Xiaoping, China accounted for about 5% of the world economy. In 2020, that figure was more than 17% and rising quickly, second only to the United States. During the same period, extreme poverty was effectively erased, down from a high of 90% in 1981. The Made in China 2025 initiative aims to reduce poverty even further and ignite economic growth so that China can avoid the middle-income trap.

Poverty and the Middle-Income Trap in China

In some ways, many of these figures paint an inaccurate picture of the Asian giant. China is wealthy but its population is enormous, meaning that average incomes remain relatively low. In the United States, GDP per capita is almost four times higher than China’s. Furthermore, Chinese economic growth is slowing. Ballooning levels of debt and an aging population create worry for Beijing, even as the Communist Party celebrates its 100th anniversary. Economists fear that China could fall into the middle-income trap, a situation where rising wages for developing countries erode their manufacturing advantage but their innovative sectors remain too small to compensate.

Radical Planning for a Radical Problem

In 2015, preempting these concerns, Chinese leadership announced the Made in China 2025 initiative, hoping to move the nation up the value chain. As Harvard University explains it, the strategy intends to “secure China’s position as a global powerhouse in high-tech industries.” Furthermore, “the aim is to reduce China’s reliance on foreign technology imports and invest heavily in its own innovations in order to create Chinese companies that can compete both domestically and globally.” If China succeeds, it will create a blueprint for other developing countries in Africa and Asia to bypass the middle-income trap and liberate their populations from the grips of poverty.

Made in China 2025 outlines 10 key industries that the nation must master if it seeks to move up the value chain.

From artificial intelligence to quantum computing, China has poured billions into developing cutting-edge technology. The U.S. administration cast the effort as an attempt to displace U.S. technological leadership, sanctioning Chinese companies from doing business with their suppliers in the United States. In reality, much of the motivation behind the Chinese initiative stems from a more basic goal: lifting the nation out of poverty and inspiring other nations to do the same.

The middle-income trap that confronts China is daunting as only a few countries have ever escaped its grasp. Most prominent were the Asian Tigers — South Korea, Taiwan, Hong Kong and Singapore — economies that defied the odds and delivered decades of sustained growth. But, many have failed to replicate the Asian Tigers’ success. Nations like Brazil and South Africa became mired in the middle-income trap, unable to escape the hard ceiling.

The danger for developing countries around the world is a run-in with the same fate. Before COVID-19, African nations were fast-growing. The World Bank predicted that many would reach middle-income status by 2025. But, upon achieving this milestone, they would encounter the same middle-income trap that Brazil and South Africa once faced. If this occurred, the region could be forever stuck in a grey zone, one where poverty would be reduced but not eliminated.

China offers a solution. If nations can move up the value chain with enough speed, they can escape the middle-income trap. Governments can help. The Communist Party has poured billions of dollars into research and development for Made in China 2025, creating some of the world’s largest technology companies in the process. African and Asian nations can do the same on their path to development.

Of course, investment has its downsides. Corruption takes a significant toll on the ability of a government to distribute funds in an appropriate manner. Tackling this problem will not be easy or simple, but a roadmap to success has been laid. With the rise of Asia and Africa in the decades ahead, countries have a chance to crush poverty and increase welfare for billions of people.