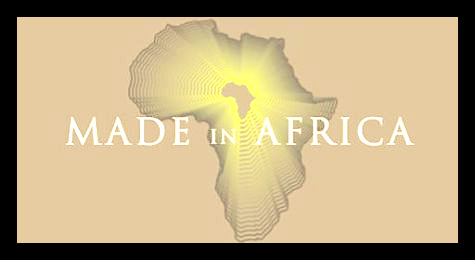 “Think global, act local” has become a popular mantra in the developed world, but it is the work of a Congolese entrepreneur that seems to truly embody the sentiment.

Inspired by what Apple is to the U.S. and Samsung is to Asia, Verone Mankou, 26, spent years fundraising to design affordable smartphone and tablet options – made in Africa, for Africa.

Mankou founded VMK in 2009 under financial constraints. The company was launched as an “establishment” that provided internet communication services, such as corporate web design.

VMK has since grown into a corporation (PLC) with reported earnings of $500,000, according to its website. Services have now expanded to include the design and retail of feature-phones, tablets, and smartphones.

The growth can be attributed to Mankou’s vision for Africa’s future and goals. The company derives its name from the Kikongo word “vambuka,” which means “wake up.”

In 2007, Mankou saw the potential for VMK when he noted that the cost of a laptop in Congo was more than $1000, a price unattainable for most Congolese.

His attempts at designing a more affordable, locally produced laptop were unfruitful, but when he turned his attention to the possibilities of tablets, his perseverance paid off.

A Congolese minister happened to read a Time article that featured Mankou’s pursuits and helped him to secure funding that launched VMK.

Criticism has followed Mankou’s success, due to the fact that VMK products have been designed in Africa, sold in Africa, but are manufactured in China. Mankou hopes to change this with the 2014 construction of a factory in the Congolese capital, Brazzaville.

The objective to create affordable products has been met. The Way-C, or “the light of the stars” in Lingala, another local language, is a small tablet that costs $300. It measures 7.4″ x 6.7″ x 0.5″ and weighs 13.4 ounces. Both Wi-Fi connectivity and 4GB of internal memory are standard features.

While VMK currently only sells products and services to France via the Internet and locally in Congo, 2014 will bring expansion in DRC and Cameroon. The company will also enter Niger as part of a pilot education program financed by Orange, a mobile networking company that purchased stocks in VMK.

Mankou is intent on embracing expansion at a slow pace, keeping customer experience and widespread access as the focus. With entrance to each new African country, he is intent on providing not only a sales team, but marketing and customer service teams as well.

Who are the Syrian Rebels?From NFL Cheerleading to Active Duty
Scroll to top