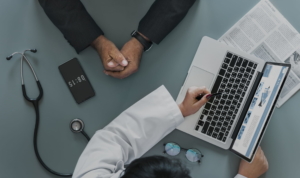 Mobile healthcare, known colloquially as “m-Health,” just may be the key to revolutionizing healthcare and access to medicine in developing countries. m-Health allows anyone with a mobile device to access various facets of healthcare such as educational resources, notifications about nearby testing and vaccination diagnosis and symptom help and telehealth appointments.

Lacking access to healthcare is one of the major drivers of poverty across the world. The World Bank and the World Health Organization (WHO) state that “at least half of the world’s population cannot obtain essential health services.” This inaccessibility perpetuates the existence of infectious diseases specific to developing countries. Similarly, poverty itself is a public health crisis. As indicated by the WHO, poverty directly causes sickness “because it forces people to live in environments that make them sick, without decent shelter, clean water or adequate sanitation.”

In addition, healthcare expenses cause 100 million people to fall into “extreme poverty.” Extreme poverty is defined as less than two dollars a day each year. Thus, even if people in developing countries can access to medical care, the expenses often put them into another devastating health situation.

However, m-Health may decrease these numbers. Read below for some key benefits of m-Health in developing countries.

m-Health is Adaptable and Available

67 countries in the world have less than two hospital beds per 1,000 people. However, many of those countries (including countries from the PEW research studies) have high rates of mobile phone ownership. Therefore, some developing countries would have better access to telehealth than in-person health.

In addition, m-Health is adaptable. WHO reported that the most widely-used m-Health initiatives around the world are “health call centers/ health care telephone helplines (59%), emergency toll-free telephone services (55%), emergencies (54%) and mobile telemedicine (49%).” This shows that different regions can implement different programs depending on the need.

Tracking disease outbreaks and natural disasters is a huge advantage of m-Health. WHO reported high implementation rates of this m-Health initiative in South East Asia and the Americas. Africa uses this feature of m-Health the most for public warning systems.

In an article by the World Economic Forum, the author described how many health clinics in developing countries, particularly in Africa and Indonesia, may be doing more harm than good. If low-income countries rush to build multiple health facilities, the quality of these pop-up clinics is often low. They tend to be “lacking in the equipment, supplies and staff needed to deliver vital health services effectively.” In addition, the sheer volume of poorly-constructed clinics often competes for resources. Medical equipment is often left unsanitized, therefore becoming dangerous. This contributed to Ebola killing more people in health facilities than outside areas during the West African epidemic in 2014-2016.

However, m-Health reduces the need for going to an in-person clinic. In this model, concerned individuals can schedule a “virtual first” consultation and then attend an in-person appointment only if needed.

Many countries have also implemented mass SMS alerts to alert their citizens of nearby testing sites for HIV. These alerts educate recipients on health concerns related to HIV and other infectious diseases. They also outline why it is necessary to receive testing and treatment. Similar alerts exist for vaccine knowledge and care.

As m-Health is a new and continuously developing idea, there are still problems with its potential to provide widespread care. For example, even though virtual appointments and care are possible through m-Health, many developing countries lack a sufficient number of health workers to keep up with m-Health services. One study affirms this, stating, “There are 57 countries with a critical shortage of healthcare workers, [creating] a deficit of 2.4 million doctors and nurses.”

In addition, different health conditions may receive disproportionate care through m-Health. For example, women’s and reproductive health is at a large deficit in the developing world and globally. One study revealed that “women are 21% less likely to own a mobile phone than men, and this difference is higher in South East Asia.” Another study in Kenya also reported that “ownership of mobile phones was 1.7 times and SMS-use was 1.6 times higher among males than among females.” This ownership deficit, coupled with the fact that women are more likely to be in poverty than men due to gender inequality, makes m-Health more accessible to men’s health or less gendered health issues.

Still, m-Health in developing countries is an extremely promising enterprise to relieve the developing world of its widespread healthcare deficits. As this study concludes “m-Health has shown incredible potential to improve health outcomes” – and it can only continue to progress from here.