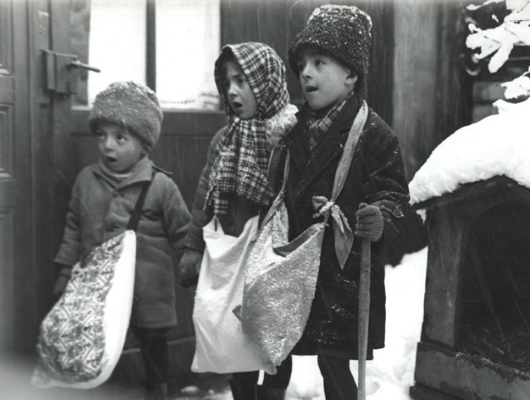 Why do citizens in the poorest states give the most to charity? When it comes to statewide charitable funds, this question seems to arise time and time again. As for the reason – research has suggested the answer lies in religion.

Charlotte Digges “Lottie” Moon was born on Dec. 12, 1840, to a wealthy Virginia family. She cherished education and became the first woman to obtain a master’s degree from a southern college. Around age 18, she became a Christian and desperately desired to become involved with foreign mission work. At the time, this field was closed to single women.

Moon’s sister, Edmonia, began writing to the secretary of the Foreign Baptist Foreign Mission Board, Henry Tupper. Surprisingly, he agreed to let them help, and in 1873 at age 32, Moon and her sister arrived in Tengchow, China.

Moon wasn’t there simply to teach her religion, she was a reformist. She taught school and was a strong advocate for women. Moon fought ardently against the women’s practice of foot binding. In foot binding, a woman’s toes are forced to curl down into her heel, producing a crescent shape. Even though foot binding was a symbol of the elite, it was painful and harmful to the body.

Even though many other missionaries fled, Moon remained in China during the Russo-Japanese War of 1904-1905. Starvation surrounded her, so she took in children and animals, even refusing to eat if they could not.

She wrote home suggesting a week of prayer and offerings be set aside for missions during Christmas. People responded and the Women’s Missionary Union was born. The union is alive and productive in the South today; it collects more than $20 million annually for Southern Baptist mission work overseas.

Eventually, Moon herself fell ill. She did not want to leave China, but her colleagues sent her home on a ship. She died in 1912 on Christmas Eve, and there are conflicting stories about her exact cause of death.

Nevertheless, Lottie Moon has become a beloved friend of Southern Baptists and a martyr among missionaries. Sandra Spears, a Southern Baptist from Mississippi, said she learned about Lottie Moon as a child and has given to the cause for more than 50 years. It’s a tradition.

It should be noted that even though the donations received for the Lottie Moon Christmas Offering are designed for mission work, they aren’t solely spent on building churches and supporting missionaries. Some of the work could be considered “humanitarian” as the missionaries provide meals, medical resources and a host of other critical needs that exist in developing countries.

A 7-year-old boy who was growing up Southern Baptist in the Deep South asked his mother, “When does Lottie Moon ever get paid off?” A humorous question from a child, but when it comes to lifting others out of poverty and giving to help others, the possibilities seem endless.