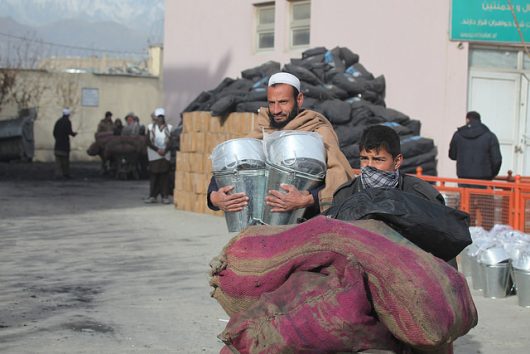 In general, Afghanistan often resides in people’s minds as a war-torn country in an arid environment with a long history of social strife and religious oppression. While those points have merit, many people in the west can have an oversimplified view of the living conditions in Afghanistan.

In Afghanistan, not all people live in perpetual fear of attacks, though these incidences do occur. Every day major cities bustle with thousands of shop owners opening their doors and cart-pushers taking to the streets. Few can afford leisure activities, but they do exist. In the capital of Kabul, there are zoos, amusement parks, cricket, football, and buzkashi matches (a traditional sport in which men on horses fight over a goat).

However, living conditions in Afghanistan can be harsh. According to a CIA World Factbook, an Afghan’s life expectancy is a meager 44 years. The wars in Afghanistan have been fairly constant since the seventies, and since 1979, more than a million Afghans have been killed and 3 million maimed in internal conflict.

On Thursday, January 18, a bomb went off at a protest in Kabul claiming the lives of 11 people and wounding 25 others. ISIL took credit for the attack, and in recent months, Kabul has been targeted by both Taliban forces as the groups vie for power within the country.

Living conditions in Afghanistan need improvement. As it stands, only six percent of people have electricity and as a result must depend on alternative heat sources during the cold winter. Within an hour of the new year, Turkmenistan shut off electricity completely to Northern Afghanistan after authorities in Kabul rejected a demand for a 100 percent price increase.

Food and water are also challenges for many of the displaced people living in Afghanistan. In 2017, nearly half a million people fled their homes due to conflict, with 31 of 34 provinces recording forced displacement. For the displaced, food can be incredibly difficult to come by, as opportunities for employment are few and far between.

Unemployment is rampant, and even those that find work in construction, car repair, restaurants or offices have a hard time providing for themselves. In fact, most salaries are too meager to provide for large immediate families.

The city of Kabul’s population swells with an influx of people from the war-stricken, impoverished countryside. Traffic within the nation’s capital gives Los Angeles a run for its money, and security is everywhere. These physical occurrences are reminders that the threat of attack resides amidst normalcy in the current realities of those living in Afghanistan.

Becoming a Reality: Women’s Empowerment in St. Lucia Maintaining the Rise of Sustainable Agriculture in Tunisia
Scroll to top