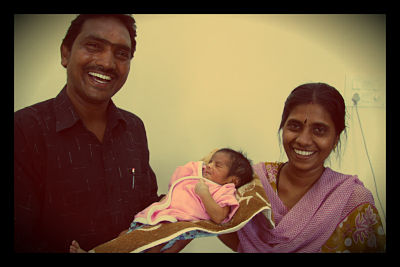 Considering that the reduction of the child mortality rate is one of the Millennium Development Goals (MDGs), it seems that with recent awareness towards public health concerns in India growing, this goal may actually become a reality in the country. India boasts the highest child mortality rate in the world, as well as the highest rate of maternal deaths globally, with the latter standing at one death every 10 minutes. Because of this, Acumen Fund, a U.S. nonprofit organization, and Indian multi-product company HLL Lifecare Limited have teamed up to create LifeSpring, a network of maternity and child healthcare hospitals that provide maternal health services to lower-income Indian families at affordable prices. In April 2010, LifeSpring became the first chain of healthcare providers to join the Business Call to Action, a global leadership effort for companies with core business initiatives to commit to meeting the MDGs. LifeSpring specifically has committed to the fifth and least progressive MDG, which focuses on decreasing the maternal death rate by 75 percent. LifeSpring opened up their first hospital in 2005, just outside the southern Indian city of Hyderabad in Moula Ali, and since then has grown to become the largest chain of maternity hospitals in South India. The hospital chain boasts nine small hospitals throughout Hyderabad with plans to expand to 30 hospitals located in Delhi, Mumbai and Ahmedabad by 2017. Due to poor health, unsafe home births, and scarce access to quality healthcare, lower-income Indian women often face damaging risks during pregnancy. In fact, more than 100,000 pregnancy-related deaths occur annually in India. Most of these deaths are preventable if a sufficient and standardized level of care is given. However, finding quality healthcare in India can be difficult for poorer individuals. The free healthcare provided to pregnant women and newborns in public hospitals lacks efficiency, transparency, and quality services. For these reasons, many Indian women choose to deliver at private hospitals, but often have to take out loans to finance the delivery. LifeSpring has become a successful alternative to this double-edged sword that exists in the public health system in India. Using a market-based approach of keeping healthcare prices low by cutting costs on infrastructure and using midwives instead of doctors, LifeSpring has been able to provide quality and affordable services to expectant mothers and newborn babies in India. The small chain of hospitals actually offers lower-income mothers the same healthcare and delivery services found at private hospitals at rates 30 to 50 percent lower than market prices. In addition to caring for the mothers during their deliveries, LifeSpring also offers prenatal and postnatal healthcare services, along with offering free vaccinations to babies at its Moula Ali hospital. The organization also engages in community outreach programs in which outreach workers and nurses go door to door within LifeSpring communities and follow up with new mothers and their newborns. – Elisha-Kim Desmangles Sources: LifeSpring, UNDP, India Today, Acumen, Forbes India Photo: Acumen

Irrigation Infrastructure and Malaria, An Interesting Correlation UN Investigates the Alleged Use of Chemical Weapons in Syria
Scroll to top