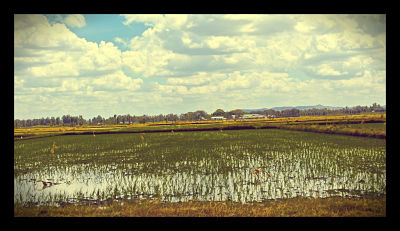 Irrigation, known for improving crops and overall increasing capabilities of life for centuries, may have one major drawback. With an increase in water abundance through irrigation, infrastructure such as irrigation canals are proving to be havens for mosquito growth.

Recent research shows that newly constructed irrigation infrastructure in malaria prone areas can increase the risk of malaria in the local community.

Research was conducted in the northwest region of India known as Gujarat. The research project found that when irrigation infrastructure was already established in sub-districts, such as Banaskantha and Patan, the monsoon rain influx had less of a malarial increase than sub-districts with early and transitional irrigation systems.

These transitional irrigation systems, known as “low irrigated,” were found to be the most susceptible to malaria that comes after the rainy monsoon season. In comparison, “mature irrigated” areas that had established wells and canals for over thirty years, were less affected by the mosquitoes and the disease they carry.

Led by University of Michigan graduate student, Andres Baeza, the team of researchers monitored the methods and results of a large irrigation project that was set to irrigate 47 million acres of farmland.

“In these dry, fragile ecosystems, where increase in water availability from rainfall is the limiting factor for malaria transmission, irrigation infrastructure can drastically alter mosquito population abundance to levels above the threshold needed to maintain malaria transmission” according to Baeza.

Although it has been known that malaria increases and new irrigation improvements are correlated, this new research shows that the improvements to land that eventually reduce malaria may take longer than expected for farmers in malaria prevalent regions.

This is not to persuade readers that irrigation is not worth it. On the contrary, with irrigation improvements come improved farm yields, food security, better incomes and increased access to finance and healthcare. With improved farmland, malaria is deterred and over the course of a few decades will be much lower as long as farming improvements are made accordingly.

Sources: Humanosphere, Proceedings of the National Academy of the Scienes (PNAS)
Photo: The Gef