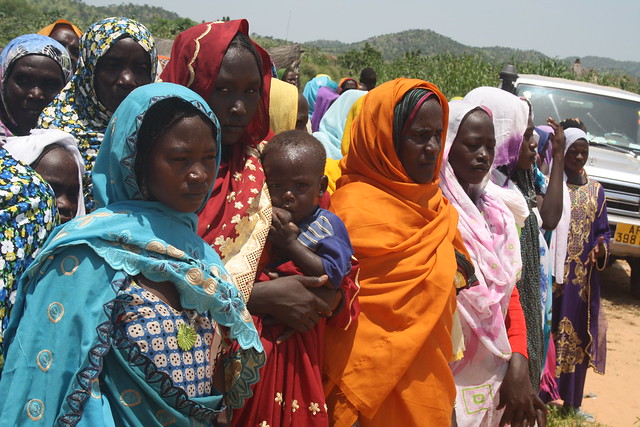 Located in Central Africa, the country of Chad is the fifth largest landlocked state and has a poverty rate of 42%. With a total population of approximately 15.5 million, a lack of modern medicine, dramatic weather changes and poor education have riddled the country with deadly diseases and resulted in severe poverty in Chad.

The most common types of disease and the primary causes of death include malaria, respiratory infections and HIV/AIDS. Malaria, usually spread through mosquito bites, is a potentially fatal disease and is quite common in the country of Chad. Due to poor sanitation, Chadians are more susceptible to malaria; the most recently estimated number of cases was 500,000 per year.

Along with malaria, lower respiratory diseases contribute to Chad’s high mortality rate – the most common and deadliest of those being meningitis. Lower respiratory tract infections occur in the lungs and can sometimes affect the brain and spinal cord. A lack of available vaccinations in the country has increased susceptibility to meningitis. Meningitis is most deadly in those under the age of 20, and with a countrywide median age of 16.6 years old, Chad has seen a rise in total meningitis cases and overall deaths.

As of 2015, there were an estimated 210,000 Chadians living with HIV. According to UNAIDS, there were 12,000 AIDS-related deaths just last year, along with 14,000 new cases. Those living with HIV/AIDS are at a higher risk of death with their compromised immune systems. They are unable to fight off diseases and, with the preexisting severe risk of malaria and meningitis, they are more susceptible to death.

Harsh Weather and its Role in Food Insecurity and Disease

Due to its geography, Chad is one of the countries most severely affected by environmental challenges. Approximately 40% of Chadians live at or below the poverty line, with the majority relying heavily on agricultural production and fishing. The drastic change in rain patterns and the consequent frequency of droughts have placed a significant strain on their food supply. Fishing in particular has been sparse. Lake Chad, the country’s largest lake, has diminished by 90% in the past 50 years. The rising temperatures in Chad have caused a decrease in both crop yields and good pasture conditions, placing more strain on those who depend on Lake Chad for food and the nutrients it adds to farming.

In addition to affecting poverty in Chad, intense weather patterns have also increased the number of infectious diseases. The infrastructure of the country has not been able to keep up with the rapidly growing population in urban areas. This results in poor sanitation. The sanitation services are overwhelmed during floods, which contaminates the water supply.

Despite the relatively large population, less than half of school-aged children attend school. With attendance rates so low, the literacy rates in individuals between the ages of 15 and 24 fall; currently, they only reach 31%. According to UNICEF, attendance rates are astonishingly low; 8% for children in upper secondary school and 13% for lower secondary school. With education rates so low, income inequality, infant and maternal deaths and stunting in children continue to rise; as a result, the overall economic growth of the country declines.

Enrollment is low in Chad due to the lack of resources in schools. With the country in severe poverty, schools remain under-resourced, both in access and infrastructure. Some schools have no classrooms and no teaching materials. Furthermore, students often outnumber teachers 100:1. As a result, the quality of learning decreases, as does the overall attendance rate.

As of now, only 27% of primary-school-age children complete their schooling. According to UNESCO, if adults in low-income countries completed their secondary education, the global poverty rate would reduce by half. Even learning basic reading skills could spare approximately 171 million people from living in extreme poverty. Educated individuals are more likely to develop important skills and abilities needed to help them overcome poverty. Education also decreases an individual’s risk of vulnerability to disease, natural disasters and conflict.

Poverty in Chad is widespread, and the rate of impoverished people will continue to grow if it is not addressed. Poor health conditions and a lack of education are just a few of the many problems people face; while the living conditions may seem dire in Chad, a gradual decrease in overall poverty rates proves that there is hope.