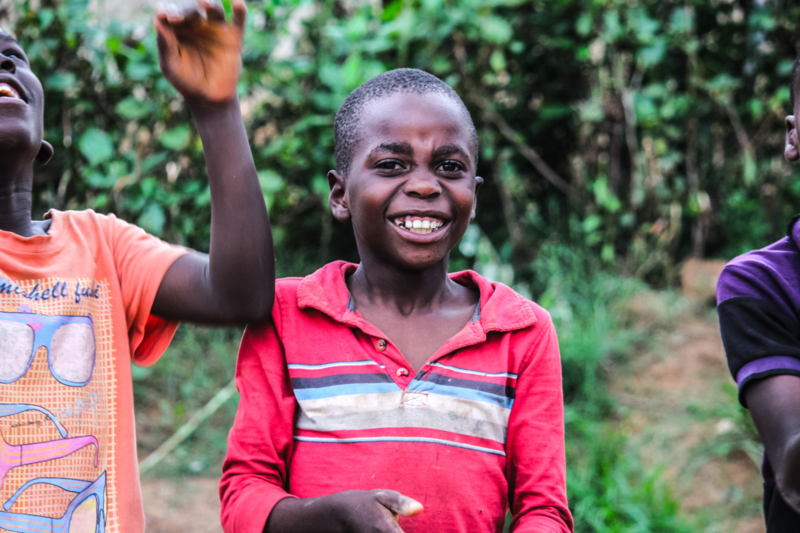 For more than a century, the people of Kabwe, Zambia have lived with devastatingly high levels of lead exposure. In 1994, after 90 years, Kabwe’s lead mine shut down. More than 25 years later, the people of Kabwe still suffer the consequences of decades of unstable mining and nearly nonexistent clean-up efforts by mine owners. Environmental health authorities say Kabwe has unprecedented levels of lead contamination leading to lead poisoning in children.

The EPA “defines a soil lead hazard as 400 parts per million (ppm) in play areas and a 1,200 ppm average for bare soil in the rest of the yard.” Black Mountain, a favorite place for Kabwe’s children to play, measures a staggering 30,000-60,000 ppm. The “mountain” is a massive heap of refuse. Adults often crawl through make-shift tunnels mining for lead, copper, manganese and zinc to sell. With more than half of Zambia’s population living below the poverty line, mineral scavenging provides vital income. Many people who venture beyond the “DANGER KEEP AWAY!” warning outside the mine site, say the risk of lead poisoning is a necessity if they want to feed their families.

Lead poisoning in children is at a disproportionate rate due to children’s developing bodies and brains. Children absorb four to five times more lead than their parents. Lead exposure can result in skin rashes, poor appetite, weight loss, cough, stunted growth, learning disabilities and death. Often, lead poisoning goes undetected until it is too late. Many families will hide their lead-poisoned children because they fear stigma due to their child’s symptoms. In Zambia, 45.5% of children live in extreme poverty. As a result, they do not often have access to proper healthcare to treat lead poisoning.

The World Bank is funding a $65 million project, the Zambia Mining and Environment Remediation and Improvement Project (ZMERIP). The project aims to reduce environmental risks in lead hot spots. It also seeks to assist the Zambian government in addressing the dangers of lead exposure and implementing safety protocols, providing health intervention and engaging mining companies in expanding awareness of their environmental and social responsibilities.

In 2020, the ZMERIP began the largest health intervention to address blood lead levels (BLLs) in children in Zambia. More than 10,000 children received lead poison testing. The CDC recommends a BLL in children of no more than 5 µg/dl. Of the children tested, 2,500 had BLLs of 45 µg/dl or more. Chelation therapy, “which binds the lead into a compound that is filtered out through the kidneys”, is the preferred treatment for children who test 45 µg/dl or higher. Children who test lower, receive vitamin supplements, iron and protein as treatment.

The World Bank attempted another project similar to the ZMERIP in 2011 but achieved little progress. With lessons learned, the World Bank is hopeful this new project will be successful. If the project attains the goals it has set out to complete, more than 70,000 people including 30,000 children will benefit from the information. While some Zambians have yet to realize the risks of lead exposure, the World Bank reports mostly positive responses to their health advocacy.

The Future for Zambia

For the children of Kabwe, the ZMERIP offers hope of reducing lead poisoning in children. It offers hope that play is not a risk and a toddler’s appetite for a fistful of dirt is not a life sentence by lead poisoning. The key to the project’s success is continuing prevention practices, education, remediation and the Zambian government’s obligation to enforce safety regulations after the project’s completion expected in 2022. The ZMERIP’s commitment places focus on improving the lives and futures of Kabwe’s most vulnerable and valuable asset, its children, the country’s future.