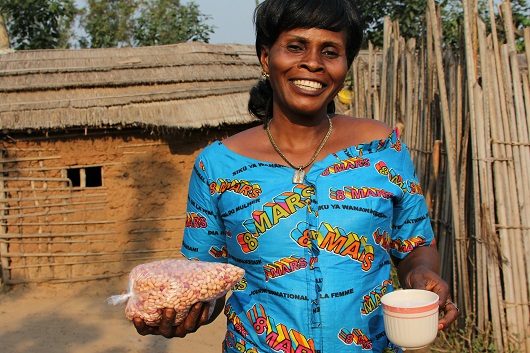 On September 6, financial leaders from the G20 countries met to discuss issues within the global economy. During this meeting, they launched W20, an engagement group focused on advancing women’s economic empowerment.

W20 will work in conjunction with U.N. Women, the IMF and other international bodies to promote women’s involvement in financial decision-making and monitor the G20’s commitment to women’s education and entrepreneurship initiatives.

Because G20 countries hold two-thirds of the world’s population and produce 85 percent of the world’s GDP, holding these countries accountable to their pledges for gender equality sets the standard for how women should be treated globally.

Generally, speakers remarked on the connection between women’s economic empowerment and the well-being of a community, and thus a country. In the words of Davutoglu, “If the women are smiling… you can be sure that their country is happy.”

With the 2014 pledge from the G20 to improve gender equality in the labor force, international bodies and governments have much to do, and the assistance of W20 will be a critical resource in guiding their success.

If the goal is reducing the gender gap in labor force participation by 25 percent, more than 100 million women will be added to the labor force. To do so, issues of maternal health, unpaid care work and access to education must be addressed.

In addition, the recently-passed Sustainable Development Goals include gender-sensitive targets in 12 of the 17 goals, adding further significance to the launch of the W20.

“Addressing the significant underinvestment in gender equality and women’s empowerment is critical in and of itself,” Ms. Puri said at the launch.

“The W20 has the potential to influence economic governance and promote gender-inclusive economic growth in a more potent way than has ever been possible in the G20 until now.”

The W20 will be led by Gulden Turktan, one of the founders and the president of the Women Entrepreneur’s Association. The two-day inaugural summit will be held October 7-8 in Istanbul.