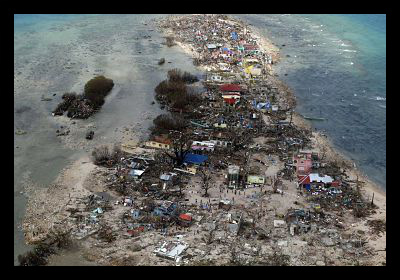 The destruction caused by Typhoon Haiyan was a severe setback to poverty in the Philippines. The typhoon caused four million people to become homeless.

Originally, the target poverty rate goal for the Philippines was 16.6 percent of the 100 million people. However, after the effects of the typhoon and other natural disasters, the poverty rate is now expected to be between 18 and 20 percent.

There is no correlation between economic growth and poverty reduction rates. Last year, the economy grew by 7.2 percent, while the poverty has continued to remain at a constant 25 percent.

The gap between the Philippines’ wealthy and poor is geographically determined and exists between those residing in the urban areas and those living in the rural sectors. The indigenous people, who commonly constitute the poor, reside on Mindanao Island and in the Cordillera highlands.

There are a range of factors that cause poverty in the Philippines. The first is the reliance on farming that is severely lacking. The farms of the rural people are very small, ineffective and not substantial for the people living on the farms. In fact, according to the Poverty Portal, the lack of good farming practices has “led to deforestation and depleted fishing waters.”

Similarly, other jobs that are developed are not only of low quality, but of low existence as well, as too much of the population is unemployed. The job market simply cannot support the Philippines’ population growth. Large families cannot be supported by most salaries.

The impoverished also lack access to the tools and technology that the wealthier citizens utilize. This leads to illiteracy and limited roles for both men and women, who can complete a single function and rely only on this skill for their entire well being. For example, farmers often lack a much needed business sense, while women can only be relied on for family duties and possibly some marketing of their family’s trade.

Despite the country’s current condition, the Philippines look forward to further continuing  their hunt for a lower poverty rate. Their leaders hope that no other natural disasters will set them back on this quest, and that the gap between rich and poor will be bridged.

Why Are Chadian Women Dying? Malnutrition in the Solomon Islands
Scroll to top